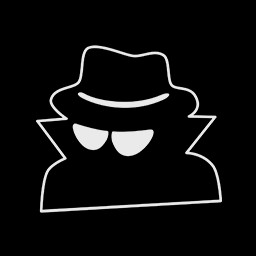 Italian police working with the FBI have arrested 19 people in a wave of raids in Sicily, alleging ties between the Sicilian Mafia and the Gambino organised crime family in New York.
Among those held are members of the Inzerillo family, whose powerbase was wiped out in a 1980s Mafia turf war.
Survivors of the Inzerillo clan had then gone into exile in the US but police say they have now returned.
Officials fear the Mafia is planning a return to its notorious past.
There have long been ties between Sicily's Cosa Nostra and the New York mob.
The Gambinos have long been considered one of the biggest New York mafia families.
However, several members of the Gambino family have now been detained in Sicily, including a local mayor, Salvatore Gambino.
Why mobsters fled Sicily in the 1980s
Among those arrested were Francesco and Tommaso Inzerillo. They are relatives of mafia boss Totuccio Inzerillo, who was murdered in 1981 during the mob turf war involving so-called boss of bosses Salvatore "Totò" Riina.

During his two-year campaign of slaughter, many other mobsters fled Sicily and it was not until 1993 that he was caught. Even after his arrest he ordered the murder of a 13-year-old boy who was kidnapped, strangled and his body dissolved in acid.
Earlier this year, New York witnessed its first targeted killing of a crime boss since 1985, when the head of the Gambino crime family, Frank Cali, was shot dead outside his home.
How new inquiry emerged
Riina came from Corleone, inland from the Sicilian capital, Palermo, where the Inzerillo family were based, in the district of Passo di Rigano.
Police believe that the exiled mobsters who fled Sicily during the turf war began coming back in the early 2000s to re-establish their clan.
Italian reports suggest that Francesco Inzerillo, 63, was allowed to return to Sicily by Mafia leaders after being forced to leave the US.

Investigators, who released a series of video surveillance tapes on Wednesday, said the New York Gambino family had established strong links with the Inzerillos.
The suspects are being investigated for extortion and involvement in businesses ranging from wholesale food supplies, gambling and online betting. They face accusations involving mafia membership, fraud and unfair competition.
Among the videos is one that shows the 47-year-old son of alleged mobster Joseph Gambino, Thomas Gambino, discussing the sale of proceeds of a potential land sale with Francesco Inzerillo. The land in the Dominican Republic had formerly been owned by Frank Cali as well as a relative of the Inzerillos, police say.
Several suspects, all of whom were detained, are seen on a boat last year in a bay off the Palermo coast.
Police say officers kept tabs on the two families day and night.
The Gambinos in New York are considered to be one of the city's five historic Italian-US mafia families. The clan was run by John Gotti before he was jailed in 1992, and then went into decline.

Replies to This Discussion