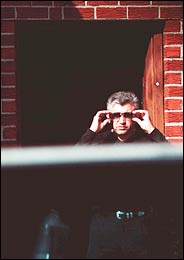 The criminal organization led by Albanian gangster Alex Rudaj called itself the Sixth Family. They viewed themselves as being on the same level as New York’s five La Cosa Nostra families. But after a ten year run they turned out to be nothing more than a glorified street crew.

Alex Rudaj started out as an associate of the Gambino Crime Family. He is not the only Albanian to do so. The Albanians come from similar backgrounds as the Italian-American and Italian born Mafiosi, and have no problem fitting in. The mob mainly uses the Albanians as enforcers and hit men. While the Albanians were getting their hands dirty, the Italian mobsters were far away from any incriminating bloodshed, no doubt counting the money they made by murdering a rival.

By the early 1990s Rudaj realized that he could use Albanian muscle to form his own crew. Slowly but surely he and a group of other Albanian and Italian gangsters, several of them former associates of La Cosa Nostra, started taking over illegal gambling in the Morris Park and Arthur Avenue areas of the Bronx and in Westchester County.

After succeeding in getting their foot in the door, they decided to go for the big prize: Territory that was claimed by the Italian Mafia. In the summer of 2001 they decided to take on the mob. In June Rudaj and over a dozen of his men entered a gambling parlor run by members of the Lucchese Crime Family in Astoria, Queens. The heavily armed group of thugs made it clear that they were now in charge of illegal gambling in Astoria.

Even though they were taking over mob territory the Rudaj crew still had enormous respect for the ultimate role models of organized crime. When Gambino boss John Gotti died from cancer in June of 2002, Alex Rudaj and several crew members showed up at the wake of the Dapper Don to pay him their final respect. But of course their fights with La Cosa Nostra were never personal…just business.

But you can only push so far. Gambino leader Arnold Squitieri had had enough and wanted a talk with these rogue mobsters. The “sit down” took place at a gas station in a rest area near the New Jersey turnpike. Squitieri did not come alone. Twenty armed Gambino mobsters accompanied their boss. Alex Rudaj on the other hand had only managed to bring six members of his crew. According to undercover FBI agent Joaquin Garcia, who infiltrated the Gambino Crime Family during this period, Squitieri told Rudaj that the fun was over and that they should stop expanding their operations. The Albanians and Gambinos then pulled out their weapons. Knowing they were outnumbered the Albanians threatened to blow up the gas station with all of them in it. This ended the discussion, and both groups pulled back.

By 2006 all of the main players involved in this “sit down” were in prison. Rudaj and his Sixth Family had been picked off the street in October of 2004 and charged with a variety of racketeering and gambling charges. After a trial Rudaj and his main lieutenants were all found guilty. In 2006 Rudaj, at that time 38-years-old, was sentenced to 27 years in prison. His rival Arnold Squitieri (photo right) was convicted in an unrelated racketeering case and was sent to prison for seven years.

The difference between these two bosses is not only found in their respective prison sentences. Upon Squitieri’s imprisonment he was replaced by another Gambino mobster. Rudaj however had no one to replace him, and hardly enough crew members left to carry on his organization. In the end his Sixth Family was nothing more than an Albanian version of the Irish gang The Westies.