Another Boss Of Bosses Falls From Grace 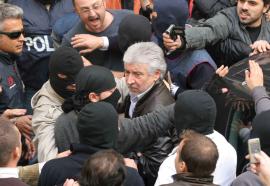 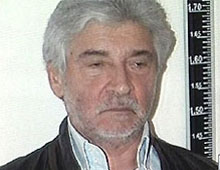 On November 5, 2007 forty police men gathered around a Palermo house. They had information that the current boss of bosses of Cosa Nostra was inside. That man was Salvatore Lo Piccolo (photo on the right), 65, who had become the ultimate Cosa Nostra boss after the arrest of Bernardo Provenzano in April 2006. When police entered the house they hit the lottery. Lo Piccolo was there, together with his son, Sandro, the reputed underboss of the family, and Andrea Adamo and Gaspare Pulizzi, two lower-level Cosa Nostra leaders. When police arrested Lo Piccolo, his son repeatedly shouted "I love you papa." Italy's Anti-Mafia Prosecutor Piero Grasso told Italian media the following: "Salvatore Lo Piccolo was the only one able to take up Provenzano's mantle. He was the top man in Palermo and was scaling the peak of the organisation. This exceptional result is a big step forward in our fight against Cosa Nostra. Cosa Nostra has no more leadership. Today it is an organisation without structure that can no longer move except with difficulty."

The arrest of Lo Piccolo is a huge win for Italy's anti-mafia squad. His arrest, as well as the arrest of Provenzano, shows that the layer of political protection Cosa Nostra enjoyed for so many years is crumbling. This, combined with the increasing number of pentiti, means that Cosa Nostra is under heavy attack. Lo Piccolo had been a fugitive for almost a quarter century when he was arrested on Nov. 5. During that entire time he probably never left Sicily. That would mean several things: of course that he was a very smart and cautious man, but also that the layer of protection was intact and working. His arrest sends a clear message to Mafia bosses in Italy: we will find you, arrest you, and put you in prison. Inside Lo Piccolo's safe-house police found a cache of documents, cash and weapons, including a police-issue hand gun. The documents were of most interest. The documents found contained information about mafia families and the mafia's codes and rules. The codes and rules are well known by most people familiar with mafia books, but still it is a major breach of protocol to carry lists with mafia information. Cosa Nostra turncoat Antonino Caldarone has said it is forbidden to write down anything about the structure of Cosa Nostra, calling it life threatening to do so. These documents led to more arrests. On Nov. 13 ten associates of Lo Piccolo were arrested on charges of extortion, drug trafficking, illegal arms possession and money laundering. This could put Lo Piccolo in a very difficult position within Cosa Nostra, and clear the way for his main rival even more. That rival is Matteo Messina Denaro.

Matteo Messina Denaro is known as a playboy boss. He drives fast cars and loves beautiful women. He is also known as a vicious killer, who allegedly murdered more than fifty people. As a fugitive he has maintained and increased his power, and according to the FBI is now one of the biggest drug dealers in the world. With Lo Piccolo arrested and disgraced by the documents he kept, Denaro could finally seize control. Unless he too is arrested before he can leave his mark on Sicilian Cosa Nostra.