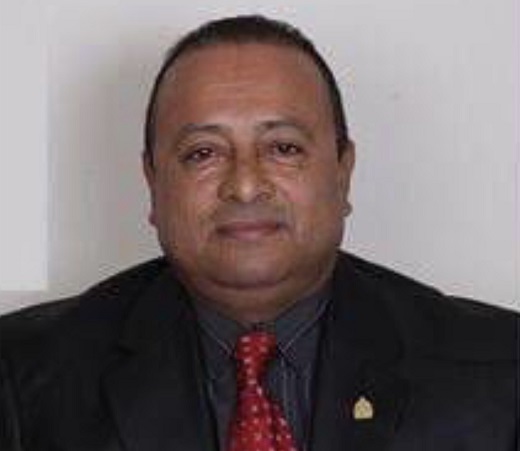 A legislator in the National Congress of Honduras and three other men were charged on Tuesday in a DEA-led probe with drug trafficking and weapons crimes. 57-year-old congressman Midence Oqueli Martinez Turcios (above) follows in the footsteps of his colleague Fredy Renan Najera Montoya, who, in January 2018, was also charged with conspiring to import cocaine into the United States and related firearms offenses.

Midence Oqueli Martinez Turcios and, in a separate indictment, 37-year-old Arnaldo Urbina Soto, a former mayor; 44-year-old Carlos Fernando Urbina Soto; and 39-year-old Miguel Angel Urbina Soto were all charged with conspiring to import cocaine into the United States and related weapons offenses involving the use and possession of machineguns and destructive devices. The United States is seeking their extraditions from Honduras.

According to prosecutors, Martinez Turcios was a member of a violent Honduran drug trafficking organization known as the Cachiros. The group’s bosses gave him a total of over $1 million in bribes and other payments, which he spent on himself and used to fund his campaign activities and political operations.

Martinez Turcios helped provide the appearance of legitimacy to the leaders of the Cachiros by virtue of his political position and authority, and by acting at times as a nominal partial owner of one of the organization’s money laundering front companies, Ganaderos Agricultores del Norte, S. de R.L. de C.V.

He also provided direct support for violent drug trafficking activities by the Cachiros. For example, prosecutors allege, Martinez Turcios personally escorted some Cachiros cocaine shipments as they were transported through Honduras, managed heavily armed security teams responsible for protecting large quantities of drugs, participated in weapons training provided to paid Cachiros assassins recruited from the gang known as Mara Salvatrucha, or MS-13, and helped plan and participated in acts of violence perpetrated by members and associates of the Cachiros.

Smuggling with the Sinaloa Cartel

The DEA alleges that in a period ranging from 2004 until 2014, multiple drug trafficking organizations in Honduras and elsewhere worked with support from Martinez Turcios, the Urbina Sotos, and others, to receive multi-hundred-kilogram loads of cocaine sent to Honduras via air and maritime routes from Venezuela and Colombia. These shipments were transported westward within Honduras toward the border with Guatemala and eventually imported into the United States, often in coordination with high-ranking members of Mexico’s Sinaloa Cartel.

Arnaldo Urbina Soto, Carlos Fernando Urbina Soto, and Miguel Angel Urbina Soto operated a drug trafficking organization based in Yoro, Honduras, where Arnaldo Urbina Soto acted as mayor between 2009 and 2014. The trio capitalized on their power in the Yoro Department and aligned with other major Honduran criminal syndicates, such as the Cachiros and the Copan-based group led by Miguel Arnulfo Valle Valle and Luis Alonso Valle Valle, to receive cocaine-laden aircraft at various locations in Honduras, including clandestine airstrips in remote areas as well as public roads in the vicinity of Yoro. The Urbina Soto defendants coordinated – and at times personally joined – heavily armed security details that oversaw the unloading of the planes and the transportation of the illicit cargo in connection with importing massive quantities of cocaine into the United States.

All men face lengthy time behind bars if found guilty of these charges. Possible sentences range from a minimum of 10 years up to life in prison.