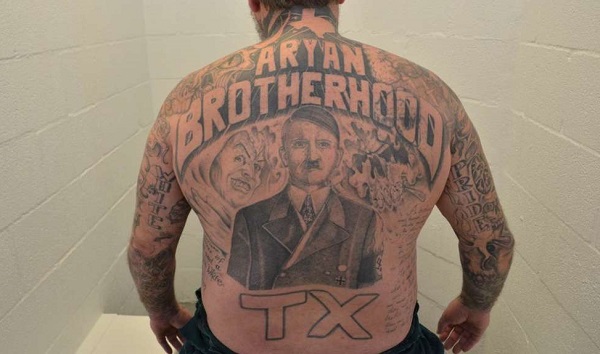 They were part of a violent racketeering and methamphetamine conspiracy involving the Aryan Brotherhood of Texas (ABT) that dates back to 1995, prosecutors allege in an indictment of fourteen Corpus Christi residents. All defendants face up to life in prison.

The indictment charges Ross, Frost, Craig, Pennington, Campbell and Voiles with conspiracy to participate in racketeering activity involving ABT activities between 1995 and November 2017. The indictment alleges they were members and associates of the ABT, a criminal organization whose members and associates engaged in the illegal trafficking of controlled substances, extortion, murder, attempted murder, assault with a dangerous weapon and other acts of violence and intimidation. Ross, Frost, and Craig are also charged with violent crimes in aid of racketeering activity in September 2015.

They allegedly operated throughout Texas, including the Corpus Christi Division of the Southern District of Texas and elsewhere. In addition, one of the purposes of the gang was allegedly to keep victims in fear of the enterprise and in fear of its leaders, members and associates through threats of violence and actual violence.