Asian Youth Gangs and the Tongs 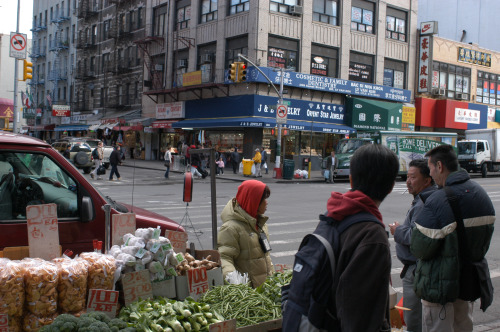 Anyone familiar with organized crime knows about the Chinese Triads. Triad groups are very well structured organized crime groups, containing a strict hierarchy with a boss at the top. At the bottom of the command chain are the youth gangs. These gangs are often not that well organized and also very reckless. But the Triads continue to need new blood and thus welcome these brash young men into their group. In some cases, however, the deeds of these bloodthirsty youth gangs brought down the entire organization.

The United States was introduced to Chinese organized crime during the late 1800s. Chinese immigrants had arrived decades earlier to build the great rail road from the East to the West coast. These men worked under very harsh conditions, many dying in the process. After the rail road was finished, these Chinese were pushed aside and treated as second class humans. In order to survive they formed societies, or Tongs, just like their families did and had done back in China. During the last few decades of the 1800s there were several bloody Tong wars that stunned the US. Around the mid-1900s the Tong wars had ceased and its leaders divided the rackets in the various Chinatowns across the US.

By the mid 1960s these Chinatowns saw the emergence of a new phenomena: youth gangs. As immigration quotas and restrictions were lifted, more and more Asians migrated to the US. Many young Asians saw themselves trapped between two worlds: their old home and their new home. Between a world that needed them and which they abandoned, and a world they joined but did not appreciate or want them. These youths sought each other’s company and protection. The tongs in return were eager to use them as muscle. During the next decades youth gangs were hired to protect gambling dens, brothels, and extort shopkeepers. In return the Tongs provided the gangs with legal help, lawyer fees, and gave the gangs a certain air of respectability.

But immigration of Asians continued, and competition between gangs increased. During the 1970s and 1980s many battles were fought, causing many in law enforcement to worry that the Tong wars would return. By now the Tongs had a stake in many youth gangs, and gang wars were directly affecting their business. Even more important was that many gang members had become prominent Tong members as they had grown older. The two organizations had become intertwined.

In New York the On Leong Tong had taken in the Ghost Shadows gang. The Ghost Shadows were fighting a war for control over criminal rackets in Chinatown against the Flying Dragons gang, which was aligned with the Hip Sing Tong, and the Tung On gang. The Ghost Shadows fought vicious battles against these two gangs throughout the 1980s and 1990s. These battles were fought out in the open. Large groups of gangsters, including their bosses, would be involved in large brawls where members were beaten, stabbed, or even shot. This behavior is typical of young gangsters looking for recognition and respect, but with so much at stake, this behavior brought much unwanted attention from law enforcement. By the end of the 1990s the entire leadership of these three gangs was off the streets, either serving heavy prison sentences or cooperating with authorities. 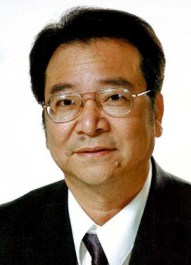 The same incidents occurred in California. San Francisco is the city that has a large Triad/Tong presence, and has seen many Tong wars. Only a few years ago, young gang members rose up against their own Tong. The dominant Tong in San Francisco’s Chinatown is the Hop Sing Tong. In 2006 it was led by Allen Ngai Leung (photo on the right). Leung was a very respected member of the Chinese-American community and was a very successful businessman. When young members of the Hop Sing asked the Tong’s elder leaders for money to “do business”, the elders felt uneasy about handing it over. After several meetings they decided to refuse. They would not give the young gangsters any money. What happened next, again, was very typical for young gangsters. The day after the elder Tong members had voted against giving the youths their money, the front door of the Tong’s headquarters was shot up. It was only the beginning. In February of 2006, Leung was shot to death in his office. No person has been arrested in connection to this killing.

The San Francisco incident shows that young gangsters are not always in the mood to follow the rules, or listen to their elders. Since the Tongs use them as muscle they start to feel like they are the power, not the old men who sit in their offices all day. In a 1991 New York Times special report about New York’s Chinatown youth gangs, detective Lloyd Hutchinson says: “The Tongs don’t want this level of violence, all this heat. But for them to get rid of these kids now, they’d literally have to kill them.”

After Latinos, Asians are now the fastest growing ethnic group in the United States. As more and more Asians come to the US there will be a certain increase of Asian youth gangs. A 2005 USA Today article shows that Asian youths are frequently bullied by other youths. This causes some to find protection by joining a gang. “A 2003 California survey by the Services and Advocacy for Asian Youth Consortium found that 14% of Asian youth said they join gangs for protection. Department of Justice school crime data found the number of Asian youth carrying weapons nearly tripled from 1999 to 2001.”

With so much gang violence already occurring in the US, one has to wonder what role the Asian youth gangs will start playing in the future. And how the Tongs and Triads will use them to gain a strong foothold in the American underworld. Because despite some incidents in which gang violence caused the downfall of certain Tongs, the Tongs will always need the young gangsters to function as their iron fist on the streets of Chinatown.

TJ ENGLISH WROTE A GREAT BOOK CALLED BORN TO KILL ABOUT A GROUP OF VIET-CHINESE YOUTH GANG LED BY THEIR (DAI LO) BIG BROTHER DAVID CHANG. THEY SHOOK DOWN AND KILLED CHINESE RESTAURANT AND JEWELERY MERCHANTS. IT'S A GREAT BOOK ABOUT A YOUNG MEMBER WHO TURNS STATES EVIDENCE AND WEARS A WIRE. A GREAT FREAKIN BOOK TALKS ABOUT GHOST SHADOWS, FUK CHING,GREENDRAGONS IN QUEENS , AND FLYING DRAGONS. GREAT BOOK TO READ IF YOU CAN GET YOUR HANDS ON IT. I WISH SOMEBODY WOULD DO RESEARCH AND A BOOK ON HOW THE FLYING DRAGONS WERE SUPPLYING BOY GEORGE AND ALSO A LOT OF PUERTO RICAN DOPE GANGS IN THE THE MID 80'S TO MID 90'S WHEN MAYOR GIULIANI CLEANED UP THE MOB AND ORGANIZED CRIME IN NEW YORK CITY.