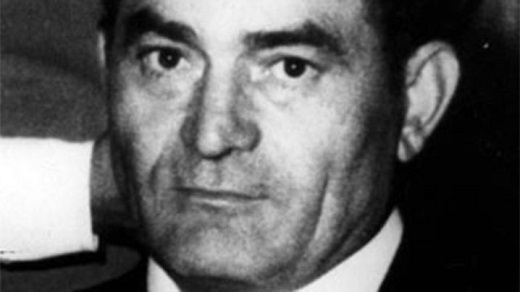 One of Australia’s most powerful ‘Ndrangheta leaders passed away this weekend of natural causes. He was 87. Nicknamed “The Fox,” Bruno Romeo (photo above) was known as a cunning and deadly Mafia boss who ruled New South Wales after arriving there in 1951 from Plati, Italy. He is survived by his wife and children.

The Romeo family is a familiar presence in the Australian underworld. Many of its members have been involved or associated with organized crime. In the 1950s, Rafaelle Romeo ascended to the top position of the ‘Ndrangheta in the New South Wales region.

With his strong family connections, Bruno Romeo had no problems setting up lucrative criminal businesses. But not all went as planned. In December of 1992, he ran into legal troubles after he was arrested at a cattle station that was a front for his $8-million-dollar marijuana grow farm. He went on the lam and managed to evade law enforcement for two years, before he was finally apprehended to stand trial.

With several witnesses lining up to testify against him, Romeo felt uncertain about the outcome of his trial. To gain some more confidence about a positive ending, he pulled out all the tricks in the book, giving all who opposed him the option of either silver or lead, money or bullets.

“Information received indicates that [Romeo] has been involved directly and indirectly in offering to bribe the two witnesses, arranging contracts to kill them and approaches to members of their families and others to ascertain the whereabouts of the two witnesses,” one prosecutor read out after the plots were uncovered.

It did not matter. He was found guilty and sentenced to 10 years behind bars. Two of his sons would follow in his footsteps and serve prison sentences for similar offences.