Bandidos biker president found murdered by gunshot to the head 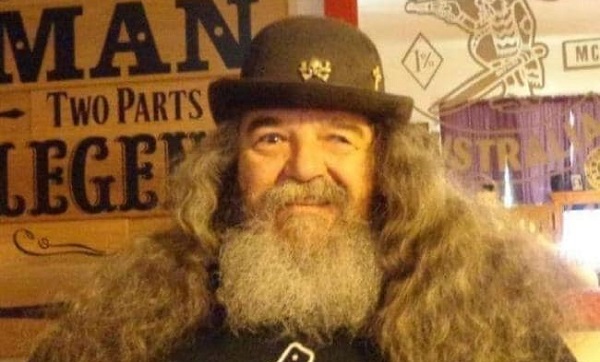 The Bandidos Outlaw Motorcycle Club has an intimidating motto: “God forgives, Bandidos don’t.” If true, the person behind the murder of Australian Bandidos president Shane “Wock” De Britt (photo above) is in for one hell of a time.

60-year-old De Britt was found dead inside his rural home in New South Wales by police on Tuesday morning. He had been shot in the head in a broad daylight assassination, police said. De Britt headed the Bandidos Central West Chapter and had lived in the area for a long time. 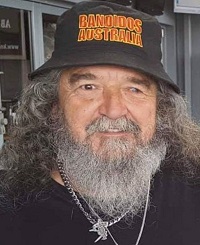 Bandidos from around the world are offering heartfelt condolences on the club’s website. “Such a massive loss. A true gentleman, larger than life,” one biker wrote.

There were no witnesses to the murder and investigators are urging people who drove by the Eurimbla area to send in their dashcam footage for clues.

The Bandidos are well-established in Australia. The first chapter was formed in Sydney in 1983 and expanded quickly into other areas. The club was comprised of former members of the Comancheros, which got things off to a tense start and would lead to various shootings and acts of violence in the years to come as they clashed with other bikers.

Whether the murder of De Britt fits into an outlaw biker war remains to be seen. Just because he led a wild lifestyle and was a leading figure in one the world’s most notorious motorcycle clubs does not automatically mean it is something that got him killed.

It does, however, offer up plenty of suspects, each with his or her own motive.