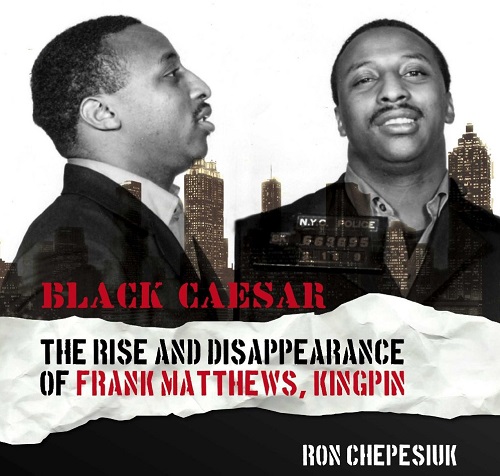 This is an excerpt from Ron Chepesiuk’s new biography on legendary gangster Frank Matthews. The book, titled Black Caesar: The Rise and Disappearance of America’s Biggest Kingpin, will uncover the true story of this international man of mystery who ran the American streets.

Who was Frank Matthews?

Born in 1944 in Durham, North Carolina, Matthews left his hometown when he was a teenager, going first to Philadelphia and then to New York City. By the early 1970’s, Frank Matthews had become America's biggest drug kingpin. His organization, headquartered in Brooklyn, stretched across 21 states, and he became the only Black gangster to establish direct ties to the French Connection heroin pipeline. To quote William Callahan, a federal prosecutor assigned to the Matthews’ case, “Matthews was a pioneering giant of drug distribution. 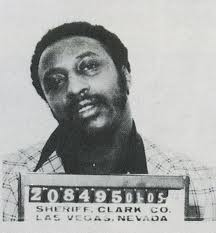 The $15 to 20 million Matthews (right) is believed to have disappeared with is roughly equivalent to the $90 to $100 in today's cash. The book explores various theories about the fate of Frank Matthews, and the author offers his own conclusion about the mystery.

In jumping bail, Matthews left the people who had put up the money holding the bag, so to speak. To meet the $325,000 bond, a delegation of friends and family members led by Matthews’ Aunt Marzella had raised $100,000 and posted some of Matthews’ properties in New York City as collateral. On July 20, 1971, Federal judge Anthony J. Travia ordered theforfeiture of $325,000 bail that Matthews posted.

The bonding company, Public Service Mutual Inc. did not appear in court to protest the forfeiture. The press noted that the biggest signer of the bond was Julius Sterling Sales of Durham, who put up his business Jake’s Garage, estimated to be worth $100,000. To collect, thebonding company would have to obtain a foreclosure. In early July 1973, Barbara Hinton met with Edward Stanton, the representative of the insurance company that had posted Matthews’ bond.

Hinton told Stanton that there would be no need for his company to proceed legally against the properties her common-in-law husband had posted as collateral. If Frank is alive, he will re-pay your insurance company, Hinton assured Stanton. Sure enough, on July 19, 1973, two men delivered $225,100 in cash to Stanton’s insurance company. The bond was repaid.

The insurance company was not the only entity to which Black Caesar owed money. The IRS was relentlessly pursuing the $7,009,165 in back taxes that Matthews owed the U.S. government. To recover some of the debt, the IRS auctioned Matthews’ Todt Hill mansion and its contents in mid-January 1974. The auctioneer was IRS agent Vincent DiPaolo, who oversaw an eight man staff that ran the liquidation sale for the IRS’s Manhattan office at 120 Church Street.

Undeterred by the abominable weather and the hazardous driving conditions, nearly a hundred prospective buyers, many of them requesting anonymity, crowded into the living room of the Matthews house at 7 Buttonwood Road. Nobody from the Matthews family attended the auction. “The auction realized just about what it should have,” said Claire Brown, a Staten Island auctioneer, who appraised the furnishings. That was Brown’s delicate way of saying that the IRS had to settle for a “pauper’s portion” of the true value of the contents it sold. 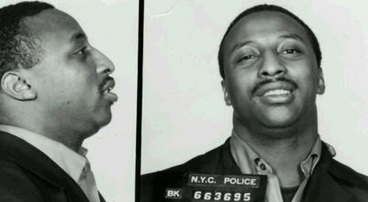 For a mere $5,085, eleven people walked off with an assortment of furnishings, including everything from a commode chair to a 15-foot marble top end table valued at $400. A hefty young woman in skintight pants and expensive looking fur coat took home a huge credenza from the living room for $330. She declined to give her name to the press because she had called in sick to her boss in order to attend the auction.

`The single biggest chunk of cash, $1,500, was paid for the furnishings in the master bedroom: a mirror, night table, king-size bed, color TV with remote control, and a shoe chest with 25 compartments. The lowest bid of the evening was $55 for a collection of Christmas decorations, toys
and a hobby horse.

Earlier, the IRS had tried to auction off the house, but the court gave priority to the lending institution for the mortgage. The Matthews house, valued at $250,000, sold for $128,000 at auction to Mrs. Ann Mae Cotogna of 925 Todt Hill Road. Paul Cotogna, Mrs. Cotogna’s husband, attended the auction, and he told the press that his wife’s purchase was a “business decision,” meaning the property could be re-sold.

After the IRS seized the Todt Hill property, Hinton and her three children moved to 3333 Henry Hudson Parkway. Eventually, the Matthews family settled into a house on 95th Street between Ditmas and Avenue B in a middle-class Brooklyn neighborhood. Bill Daley and Dexter Lezama, two kids not yet in their teens, befriended the Matthews children. Daley and Lezama, now in their 40s, remember Hinton and her children as “unpretentious, nice people” who “obviously had money but never flaunted it.” “Mrs. Hinton was beautiful and down-to-earth, and you would never know that she and the children were connected to Frank Matthews,” Lezama explained. “They were good neighbors.” Hinton owned a grocery store in the neighborhood.”

Of the three Matthews brothers, Daley and Lezama were the closest to Sean (nicknamed Man) because they were about the same age “Sean never talked about his father,” Daley explained. “I can only recall one time when the subject of our fathers came up. He asked me what my father did for a living. I explained that he was a police officer back in Jamaica. I asked him what his father did. Sean hesitated and then said, ‘My father is a gangster.’ I just looked at him and laughed, thinking he was joking. But
now I know he was serious.”

The Hinton home was nicely furnished, but both Daley and Lezama thought it odd that it did not contain any photos of the father. “We never saw anything in the house that indicated who their father was,” Daley recalled. “Come to think of it, they never talked about him.” Eventually, the Matthews, Daley and Lezama families all moved out of the neighborhood, and they lost touch. “I heard through the grapevine that Sean later got into trouble with dogs… dog fighting, I think,” Lezama said. “He had a Doberman when he was living in our neighborhood. I would love to see him again, He was a good guy.”

Go to www.frankmatthewsbook.com for more on this book or straight to Amazon.com to order it.

Check out the Crime Beat radio show for a discussion on the Frank Matthews story on June 6, 2013. Go to www.artistfirst.com/crimebeat.htm. All shows are archived for 24-7 listening.

typical FBI blundering, you just don't disappear. oh i forgot. Whitey Bulger did. The feds are just as corrupt as the gangters themselves

Ron, you know damn well this book just like Harlem Gangsters is BS, and the guy you stole the pictures of Frank from said he would like to speak to you or better still SEE you. Do yourself a favor and wake up, stop bothering people, get the interviews you need by asking not imagining