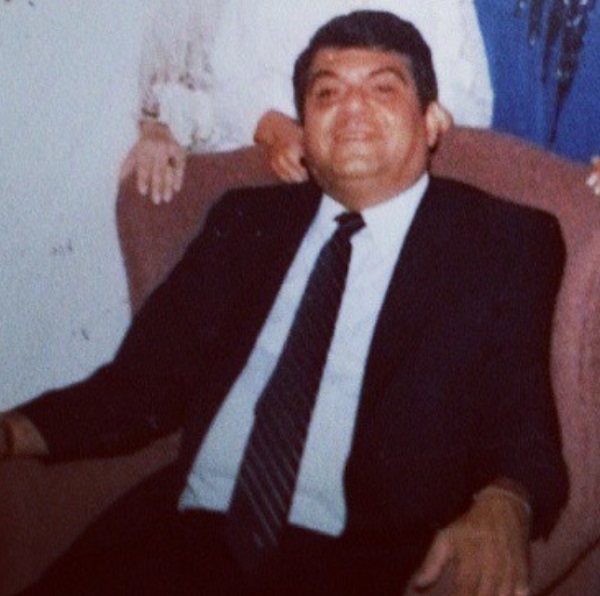 Anthony "T.G." Graziano was born on November 12, 1940 in New York. When asked by a judge how far he got in school, Graziano answered "about the seventh grade". Before his school days were over Graziano had taken to a life of crime which eventually saw him joining the Bonanno Crime Family. In the Bonanno Family Graziano climbed the ranks and by 1990, authorities listed him as a capo. In April of 1990, Graziano pleaded guilty to evading $100.000 in taxes and hiding assets by having them listed in names other than his own. He was sentenced to prison. In 1993 he finished his sentence and was once again a free man. He continued his business where he had left off before prison, as a capo in the Bonanno Family.

By 2001 the boss of the Bonanno Family was Joseph Massino. Massino was a close friend of Graziano. That friendship enabled him to gain even more power within the underworld. On February 15, 2001 Massino and Graziano flew to Mexico. With the imprisonment of Bonanno consigliere Anthony Spero Massino needed someone new to fill the position. The man he had in mind for the job was none other than Graziano. In Mexico Massino anointed Graziano consigliere of the Bonanno Family. Once back in the U.S. Graziano enjoyed his new powers, but things wouldn't be enjoyable for too long. On December 19, 2001 Graziano attended a Christmas party. Also in attendance were numerous Bonanno mobsters. Graziano was enjoying the evening, Christmas season meant that the Bonanno mobsters would pass along their tributes (cash) to him. When the party was over Graziano walked the short distance to his car, as he stepped inside and was about to drive off, several F.B.I. agents approached him and summoned him to step out of the car. In reply Graziano said: "What the fuck are you breaking my balls about now?". The F.B.I. agents produced a search warrant that allowed them to search him for financial records and cash. Someone had tipped the feds that Bonanno members would be passing along their tributes to Graziano at the party that night. Always eager to collect evidence to take a mobster down the F.B.I. agents took action and seized all the cash Graziano had on him. He was issued a receipt for the cash and allowed to make his journey home.

In March 2002, Graziano was arrested and indicted on racketeering charges including conspiracy to distribute cocaine through a Brooklyn crew from January 1994 through October 1996, loan-sharking and conspiracy to murder two Colombo Family associates. The murder conspiracy took place in 1994. Colombo associates John Pappa and Calvin Hennigar shot up a Staten Island topless joint owned by Graziano. In the process of shooting up the club they wounded a night club patron. This incident upset Graziano who in turn ordered his Brooklyn crew to find and kill the two Colombo guys. After a sitdown with another Colombo mobster was lost, the hit was called off by Graziano. In December of 2002 he would plead guilty to racketeering charges and was sentenced in September of 2003.

A day after his New York indictment Graziano was indicted in South Florida. This time he was indicted for his role in illegal gambling, loan-sharking and boiler room operations. The boiler room operation was a phony tele-marketing scheme that swindled $11.7 million from investors. In April 2003 Graziano pleaded guilty to one count of racketeering but his lawyer Jefrey Hoffman said that Graziano had virtually no involvement with the investment/boiler room scam. While about $2,000 of its proceeds allegedly went to Graziano as a gift, he knew no details about the operation or even where it was located, Hoffman said.

July 18, 2003 was the day of reckoning for Graziano, he was to be sentenced for the South Florida case. In court Graziano greeted the prosecutor, assistant U.S. attorney William Shockley, with: "How are you Mr. Shockley? I'm glad you could come to my funeral." Graziano was sentenced to 135 months or 11 years in a federal prison. At one of his trials an associate of Graziano was asked by a reporter whether Graziano was cooperating with authorities, he responded: "Are you nuts?" "That man is a man and a half." When asked by a judge how he made a living Graziano answered: "I was a broker in between. You know, I put two people together, like a broker."

On November 13, 2003, Anthony graziano was sentenced to nine years in prison for tax evasion and racketeering, including a plot to murder two mobsters. The sentence will run alongside a racketeering sentence Graziano received in Florida earlier this year.