Brian "The Milkman" Wright is one of Britain’s biggest drugs barons. His organization smuggled hundreds of millions of pounds (£) worth of cocaine into Britain. Wright was known as a heavy gambler. He would bet £50.000 or £100.000 a time on horse races. But it is said he had fixed some of those races. When former amateur champion jockey Dermot Browne was interviewed by police he said that Wright put corrupt jockeys on his payroll with bribes of up to £5000 per race. Twenty-four leading jockeys have been accused of being associated with Wright. However Wright was never charged with anything.

The horse races kept the attention away from Wright’s true business: cocaine smuggling. Authorities claim Wright’s organization smuggled £300 million worth of cocaine between 1996 and 1998 alone. Wright got his nickname because of his "job" as a drugsmuggler. They called him "The Milkman" because he always delivered. Wright owned an expensive villa in Spain and rented a £20.000 a month flat in the luxury Chelsea Harbour complex in West London. 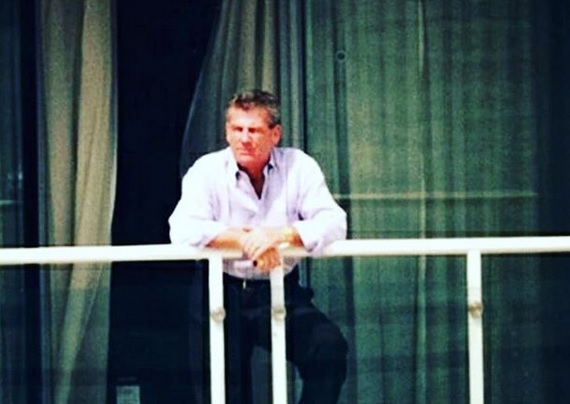 In September of 1996 a boat, a 60ft converted fishing trawler, was caught in a storm, abandoned its course to Britain and was forced to dock in Ireland. Customs officers in Cork searched the ship and found 599 kilos of cocaine, worth £80 million, welded inside a disused goods lift. They also discovered a parachute, leading them to believe that the drugs had been dropped to the ship from a plane. The boat’s skipper, an American named John Ewart, was arrested and later convicted of drug running and sentenced to 17 years. The rest of the crew was acquitted. But mobile phone records and items found on the boat made it clear to authorities that Wright was the man behind the shipment.

After the discovery of the drugshipment by John Ewart British authorities started operation Extend, aimed at eliminating Brian Wright’s organization. They set up a surveillance operation from information gathered from that they saw who were Brian Wright’s most trusted allies. They were his son Brian, Kevin Hanley (from Fulham, London) and Ronnie Soares (a university educated Brazilian). Soares was the link between Wright and the Colombian cocaine bosses.

In 1998 authorities closed the net and arrested 15 gang members among them Brian Wright Jr. Wright Jr was sentenced to 16 years for importing cocaine. But Brian Wright Sr fled to Northern Cyprus, which does not have an extradition treaty with Britain. In 2003 Wright returned to Spain. On March 15, 2005 Wright was recognized and arrested by Spanish police. He was extradited to Britain to stand trial. He denied the allegations against him. After a two month trial Wright was convicted of conspiracy to evade prohibition on importing a controlled drug and conspiracy to supply drugs. On April 3, 2007 Brian Brendan Wright (60) was sentenced to 30 years in prison.

On April 14, 2020, halfway through his sentence, now 73-year-old Wright was released and reunited with his children.