British geezer gangster gets 14 years for trafficking heroin and cocaine 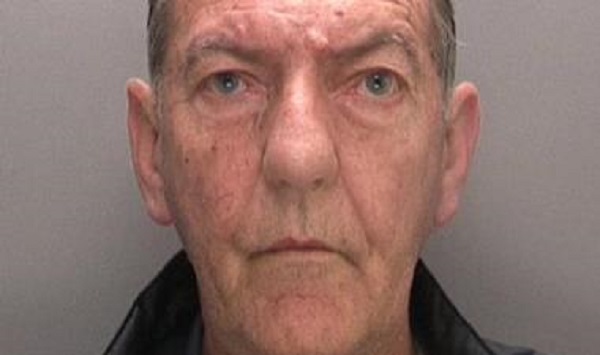 Guy Paget, a 69-year-old career criminal was sentenced to 14 years in prison after he was found guilty this week of conspiring to supply heroin and cocaine. It was Paget’s second such conviction. He was arrested in July 2015 by Britain’s National Crime Agency’s Armed Operations Unit.

On the morning of 7 July 2015, Paget and another man, Gary Jones, both from Birmingham, went to the supermarket and bought a grey suitcase, five bags for life and some rubber gloves. Later that day, Jones was seen lifting a large grey suitcase into the boot of a vehicle driven by Sajaad Malik in Doncaster. NCA officers stopped and searched the vehicle and found 30 blocks of drugs in bags similar to those bought from the supermarket in Sutton Coldfield.

Forensic analysis of the drugs revealed 20 half kilo blocks of heroin and 10 kilo blocks of cocaine, with a combined estimated street value of £2.2 million pounds sterling.

Both Jones and Malik were convicted in November 2015 and sentenced to nine and a half years and nine years in prison respectively. Following his arrest, Paget was released on bail under investigation. He was charged in April 2016 with conspiracy to supply drugs whilst being on license from prison and was found guilty this week at Sheffield Crown Court.

Paget will be subject to a Serious Crime Prevention Order (SCPO) once he is released from prison. He will only be allowed to own one mobile phone, one sim card and one computer and must provide details of the devices to the NCA. Failure to do so can result in a 5-year prison sentence.

“Guy Paget is a career criminal, who has previously served two prison sentences for drug trafficking offences,” Mick Maloney from the NCA’s Armed Operations Unit said. “He was involved in the importation and distribution of millions of pounds worth of drugs and we are determined to do everything within our power to disrupt and dismantle organized crime groups operating in the United Kingdom.”