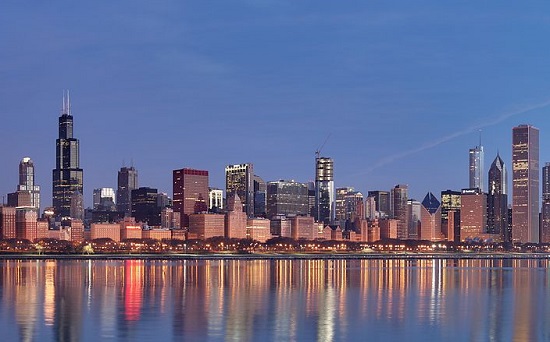 Law enforcement agents operating under the Organized Crime Drug Enforcement Task Force (OCDETF) arrested 14 alleged members of the Latin Kings this week. They join a group of 20 other gang members who were arrested in 2016. They are charged with participating in a criminal organization that murdered its rivals and violently protected its territories in Chicago and the suburbs.

The superseding indictment was returned on February 1, 2018, and ordered unsealed this week. It charges numerous acts of violence, including six murders, three attempted murders, and three arsons. 33 of the defendants are charged with racketeering conspiracy, while the one defendant faces a firearm charge. During the course of the probe, law enforcement agents confiscated 18 firearms.

According to prosecutors, they participated in the Southeast Region of the Latin Kings, which contains more than a dozen chapters answering to a regional structure of leadership, according to the indictment. Each chapter is typically named after the city in which it operates, or by a street or streets that run through the chapter. Among the Chicago chapters in the Southeast Region are 82nd Street, 88th and 89th Streets, 97th Street, 99th Street, 102nd Street, 104th Street, and the Roseland neighborhood. Other regional chapters operated in the south suburbs of Blue Island, Dolton, Harvey and Chicago Heights, as well as in Kankakee and communities across the border in Indiana, according to the indictment.

Several of the defendants served in various high-ranking positions within the Latin Kings organization. These include “Regional Enforcers,” who violently instill discipline within the ranks; “Incas,” who serve as chapter leaders; “Caciques,” who are second in command behind the Incas; “Soldiers,” who often carry dangerous weapons to carry out the gang’s activities; and “Regional Treasurer,” who collects dues from Latin King chapters to finance the gang’s activities.

Prosecutors allege that members of the Latin Kings violently enforced discipline within their ranks and retaliated against rivals and former members to prevent cooperation with law enforcement. Nine defendants are charged with committing six murders in furtherance of the gang’s activities. They are:

If found guilty of racketeering conspiracy the defendants face a maximum sentence of 20 years behind bars. If convicted on the murder charges they could receive a life sentence.