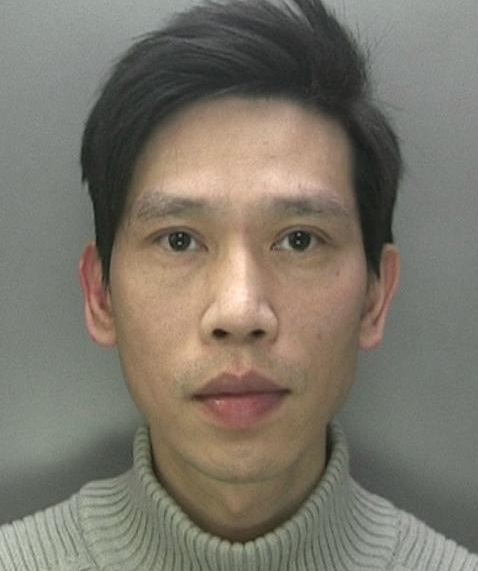 Men like him are the lubricant of the underworld. 43-year-old Feng Xu pleaded guilty Tuesday to operating a network of properties used by organized crime groups for prostitution or cannabis farms has pleaded guilty to 22 fraud, false ID and money laundering offences.

The Chinese national was arrested on May 14 at his home address in Birmingham as part of a major investigation into modern slavery and human trafficking. Investigators found evidence that Xu had used multiple false identities to source hundreds of different properties for a number of criminal networks. 31 different false or fraudulent Chinese or Portuguese passports were also recovered, along with numerous ID documents.

One computer database held by Xu listed 446 different addresses which he had been involved in renting. The properties would then be set up as brothels where women would be exploited. Others were turned into cannabis farms.

Xu appeared at Birmingham Crown Court on Tuesday where he pleaded guilty to 22 different offences, including fraud and money laundering. Three other charges were left on file. He will be sentenced on 22 November.

“Xu was a prolific operator, and an important enabler for multiple different criminal networks involved in prostitution, sexual exploitation and drug production,” National Crime Agency branch commander Matt Rivers said. “Using numerous false identities and false documentation he was able to supply hundreds of different properties across the UK. We believe that taking him out will have caused significant disruption to a number of different organized crime groups involved in sex trafficking and drug production.”

Rivers continued, saying: “Tackling modern slavery and human trafficking remains one of our highest priorities, but we still need the public to help, be our eyes and ears and alert us to activity in their communities that may be concerning them. If you have suspicions about activity that may be linked to exploitation please call the Modern Slavery Helpline on 08000 121 700, or the police on 101.”