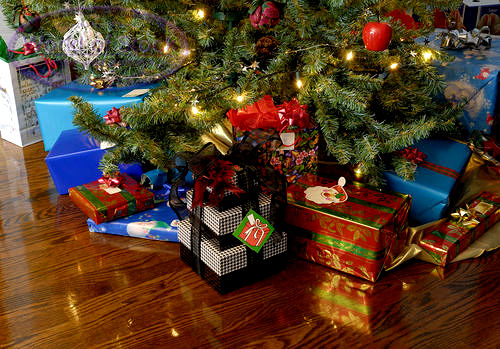 ‘Tis the season to be jolly… and also to enjoy some quality gangster books or movies with family and friends of ours! And who better to point you guys towards those great Christmas presents than your own criminal mastermind David Amoruso! Here are a couple of must-have gangster books, and television series that offer a little bit of everything to the fans of the genre.

Before a crime hits the big screen, it hits the book store. Here are is a top ten list of crime books that you cannot afford to miss. Your spouse will almost certainly have you sleeping with the fishes if you do not buy at least one of these classic (to be) gangster books.

Top of my list is the recently released book Mafia Prince by former Philadelphia underboss Phil Leonetti and author Scott Burnstein. The youngest-ever underboss at the age of 31, Leonetti was at the crux of the violent downfall of the traditional American Mafia in the 1980s when he infiltrated Atlantic City after gambling was legalized, and later turned state’s evidence against his own. His testimony directly led to the convictions of dozens of high-ranking made men including John Gotti, Vincent Gigante, and his own uncle, Nicky Scarfo—sparking the beginning of the end of La Cosa Nostra.

The Philadelphia crime family was arguably the most violent mob family in the United States and within that family Philip Leonetti earned the nickname “Crazy Phil”. He didn’t like it, but his uncle and boss Nicky Scarfo didn’t see the problem and told him to be happy with it. In Mafia Prince, Leonetti will give readers insight into the dysfunctional and violent Philly mob like no other book has before. This is truly a must-read! (Buy it at Amazon.com)

As far as explosive mob stories go the Mafia groups in Canada are currently providing them in bulk. With respected Mafiosi getting whacked left and right in pure The Godfather Part 2 fashion this is the year you should read up on them.

With all the current violence revolving around the Rizzuto clan in Montreal the books to read are Mafia Inc.: The Long, Bloody Reign of Canada's Sicilian Clan by Andre Cedilot and Andre Noel and The Sixth Family: The Collapse of the New York Mafia and the Rise of Vito Rizzuto by Lee Lamothe and Adrian Humphreys. These two books will get you up to speed and “in the know.”

In recent years television has replaced the movie theater as the premier source of crime related on-screen-action. With shows like The Sopranos, Brotherhood, The Wire, and Breaking Bad it raised the bar and created some of the gangster characters ever seen.

Two shows that are still pumping out new episodes and keeping millions around the world entertained are Boardwalk Empire and Sons of Anarchy.

As tension is building toward a climatic season finale in both shows, the best Christmas present is one of the previous seasons under a beautifully decorated tree. Each show offers something special. Boardwalk Empire caters to the fan of The Sopranos who craves those old school mob plot lines. With a story based on real life events and characters such as Meyer Lansky, Charles “Lucky” Luciano, Arnold Rothstein, and Al Capone Boardwalk Empire gives an interesting glimpse into a world never seen before.

Sons of Anarchy meanwhile brings its viewers hardcore action. Nonstop. Set in California the show depicts the lives of the members of Sons of Anarchy, a motorcycle club dealing with gang rivals and internal troubles.

Real life members of the Hells Angels motorcycle club, including president Sonny Barger, have participated in various scenes throughout the series. If you needed any more evidence of the show’s street cred then you must be crazy.

Of course, we always love a good gangster movie. Check out our special Gangsters Inc. Amazon.com store for those and a lot more books, dvds, and videogames.

We at Gangsters Inc. hope you have a wonderful Christmas with great food, loving family and friends and without a horse’s head in your bed.