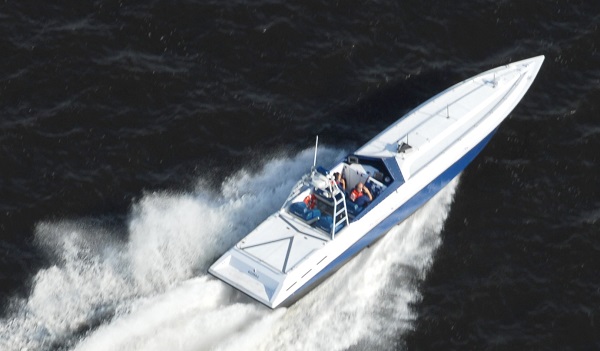 A Colombian drug trafficker was sentenced to 21 years in federal prison on Thursday for cocaine smuggling. 54-year-old Jorge Eliecer Cifuentes-Cuero was a principal member of his Colombian and Ecuadorean-based drug trafficking organization.

He initially worked as a mechanic and mariner onboard vessels in the Eastern Pacific Ocean, and later, as he accumulated wealth, became an organizer of multi-ton cocaine loads transported by vessel from Colombia and Ecuador to locations in Central and Latin America. He organized several maritime smuggling ventures in the international waters of the Eastern Pacific Ocean.

In January 2013 and July 2014, the U.S. Coast Guard interdicted loads of cocaine, totaling over 1,000 kilograms that were being smuggled aboard vessels (commonly referred to as “go-fast boats”). Photo above shows such a boat.

This case was investigated by the Panama Express Strike Force, an Organized Crime Drug Enforcement Task Force (OCDETF). The principal mission of the OCDETF program is to identify, disrupt, and dismantle the most serious drug trafficking and money laundering organizations and those primarily responsible for the nation’s drug supply.