Corrupt couriers smuggled half a ton of cannabis 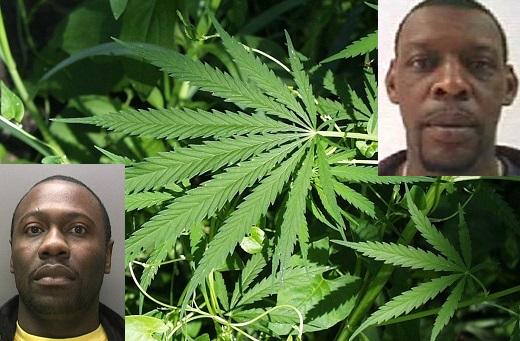 Meet your friendly neighborhood delivery men! Two British delivery drivers ran - what seemed to be - a pretty ingenious operation smuggling hundreds of kilos of cannabis. Ingenious or not: 43-year-old Andrae Davis (photo above, left corner) and 42-year-old Vincent Simpson (right top corner) were each sentenced to two years and four months in prison on Wednesday for their roles in the scheme.

The pair of delivery drivers received 57 packages of cannabis between June 2015 and July 2016 that were sent on routes they operated. However, the packages were never intended to go to any further as each was labelled for fake addresses in Stockport. The drivers would make a false record of a successful delivery on the Parcel Force system and then distribute it on down the line.

The smuggling route was discovered after Border Force officers detected a package containing 8.3 kilogram of cannabis at a Post Office depot in Coventry in October 2015. The Royal Mail investigations team examined Parcel Force records and identified a further 41 deliveries that used the same method.

The total estimated weight for the deliveries is 440 kilograms.

Davis's sentence was for a single count of conspiracy to import cannabis with street value of £231,942.

Simpson's sentence was for a count of conspiracy to import cannabis with a street value of £525,571 and a second count of cannabis possession for which he received 28 days' concurrent imprisonment.

“In partnership with investigators at Royal Mail and Border Force officers, we’ve put an end to a smuggling route that was capable of moving significant quantities of drugs,” John Hughes, operations manager at the National Crime Agency told the press.

“With a case like this one, yes, we’ve stopped cannabis being smuggled but it’s important to think what else could have been sent via these couriers if those at the other end of the supply chain had diversified their criminal activity.”