By Puparo and David Amoruso
Posted on November 5, 2007
Copyright © www.gangstersinc.nl

At the end of August some very interesting news reached the world press. Two of the most violent and powerful Cosa Nostra leaders exchanged their wedding rings when one moved to the other's prison cell. To most in the media this ring exchange could only mean one thing: An end to the peace between Cosa Nostra and the Italian state. The Sicilian Mafia has spent decades fighting the state by killing politicians, judges, cops, and journalists. The war against the state eventually started working against Cosa Nostra when the public started to condemn them. Bernardo Provenzano, the boss of bosses at the time, declared a stop in the war on the state. He saw that the state started to increase the pressure, and more and more Mafiosi were being arrested, several becoming pentiti (informers/witnesses). As the famous saying goes: "The war was bad for business." Cosa Nostra went back to making money and regrouping after the heavy assault by the state.

On April 11, 2006 Bernardo Provenzano was arrested, after having spent over four decades on the run. All that time he was hiding in Sicily. Provenzano has been convicted in absentie of several murders, including those of anti-mafia judges Giovanni Falcone and Paolo Borsellino, and was sentenced to life in prison. His arrest fueled rumors about an internal mafia war for the top position. There was also some speculation about what direction the new bosses would take. Would the peace continue? 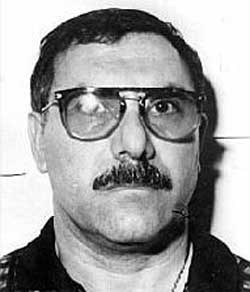 The top mafiosi were all serving hard time in prison under the 41bis regime. Section 41bis of the Prisons Act is intended for the most dangerous inmates. It is intended to cut them off from all contact with their associates on the outside, and even inside the prison. In 2002 Leoluca Bagarella (photo on the left), the brother in law, and successor of boss of bosses Toto Riina, made his feelings about 41bis clear during a court appearance. He told the court that the mafiosi serving time under 41bis were "tired of being used, humiliated, oppressed and treated like merchandise by different political parties." When a man like Leoluca Bagarella utters these words it sends shivers down the back of many politicians. Many in the media took his words as a threat to the state. Bagarella is thought to have been involved in hundreds of murders, including those of cops and politicians. His words are not to be taken lightly.

So when Bagarella exchanged wedding rings with Nitto Santapaola, the boss of the Catania mafia family, in prison it could only mean one thing, an end to the days of peace between the mafia and the state. But what if the wedding ring exchange signals the beginning of a different war. A war against the returning "losers" of the great mafia war of the 1980s.

The war was started by the Cosa Nostra family from Corleone, led by the vicious Luciano Liggio. Pentito Antonino Calderone said the following about Liggio: "He was blood thirsty. He enjoyed killing. He had a way of looking at you that frightened everyone. Even us Mafiosi. When he became angry a strange light appeared in his eyes, which made everyone around him become silent. During those silent moments you could sense that death was in the air." Liggio had two men who helped him run the family. Those men were Salvatore Riina and Bernardo Provenzano. These two were also known for their ruthless behaviour. The Corleonesi were a very secretive mafia family, who used the rules of Cosa Nostra when it suited them, and broke those rules even more. Throughout the 1970s and 1980s they went on a secret rampage to seize control of the Sicilian Mafia. They made new members, keeping their names secret from the other families. And also had informants within other Mafia families. Slowly they became stronger and stronger, until no other mafia family could stop them. Several families would join the Corleonesi. The families that didn't, were hit with heavy losses. Sensing they were on the losing side many mafiosi fled abroad to the US, Canada, Spain, and South America. Several continued their business there, awaiting the day when they could return to Sicily.

The losers who are said to be returning to Sicily are members of the Inzerillo family from Palermo who fled to the US. Boss Salvatore Inzerillo was a major drug trafficker and was killed by the Corleonesi in 1981. At his funeral his 15 year old son vowed to avenge his father. As a result he was taken off the street by Corleonesi killer Pino Greco, who cut off the kid's arm, and shot him in the head. The Inzerillo family is closely linked to the Spatola, Di Maggio, and Gambino families, who are major players on the narcotics market. With the Corleonesi clan weakened by the capture of Bernardo Provenzano, the "losing" families might sense that this is the time to return. They lost many family members and friends during the war with the Corleonesi, so they surely will want revenge. 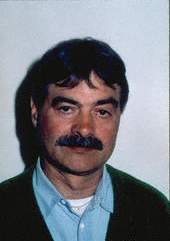 This is what could worry men like Leoluca Bagarella and Nitto Santapaola (photo on the right). Both men are responsible for hundreds of murders. Santapaola is the boss of the small Catania family. In his fight for control of the city Catania he murdered scores of young gangsters who belonged to one of the many gangs in Catania. Santapaola also had no problem ordering the killing of children no older than twelve. In the mid 1970s Santapaola's mother was robbed by four streetkids. Nitto Santapaola wanted this disrespect avenged and thus ordered the four children to be killed. Like former Catania Mafioso Antonino Calderone says in his book, as a Mafioso you are always worried if the son of one of your victims will avenge his father's death by killing one of your family members. With the return of the "losing" families new agreements and bonds have to be made in order to face the attack. That is what the ring exchange could be about. Confirming the bond between two vicious clans to protect their family and territory.