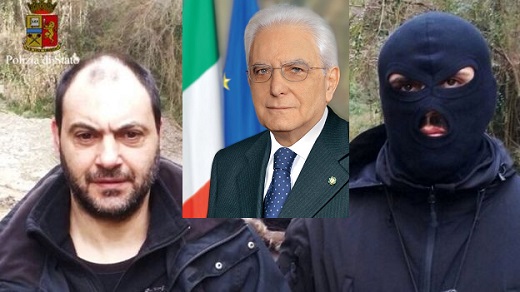 The ‘Ndrangheta may be Italy’s most powerful organized crime group, but its defeat is possible and is deemed a “national objective […] and a duty that must be placed at the top of any government agenda,” Italy’s President Sergio Mattarella said yesterday.

Calling the Calabrian crime group “a threat to the entire country,” Mattarella was clear as water about the dangers the ‘Ndrangheta poses to Italy’s security. “Combating organized crime and the battle for... lawfulness remain the keystones of any political project,” he told reporters.

He also had a personal message for the law abiding citizens of the region, saying, “Calabria is not alone. The State is not far. Calabria is an integral and inseparable part of Italy... the issue therefore makes a claim on the civic conscience of all the institutions. Restoring dignity to public affairs is the premise for recovery. Full dignity in public affairs is the premise for healing the wounds and for recovery.”

According to Mattarella job creation is key to winning the fight against crime. “Giving youth a future is the condition for the country's very survival,” he said.

Italian police, meanwhile, chalked up another big success in the fight against organized crime when they busted two fugitive ’Ndrangheta leaders. Giuseppe Ferraro (47) and Giuseppe Crea (37) were featured on Italy’s list of most dangerous fugitives for many years.

‘Ndrangheta boss Ferraro had managed to evade capture for 18 years, while Crea had been on the run for a decade. They had been hiding out in a primitive bunker in a mountainside in Reggio Calabria.

With each bust and arrest, the Italian government manages to break down the Mafia a little more. Like a game of Jenga, with the disappearance of each brick, the structure becomes less stable, less powerful.

Its defeat is inevitable.