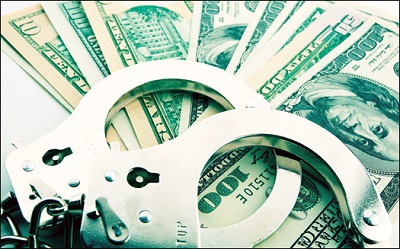 The Spanish Guardia Civil arrested the top management of the Spanish branch of the Industrial and Commercial Bank of China (ICBC) as part of a probe into the suspected laundering of at least €40 million euros.

This operation, known as Operation Shadow, is part of a wider probe carried out last year against Chinese organized crime groups based in Spain. In May 2015, Operation Snake led to the dismantlement of a Chinese criminal network suspected of importing huge amounts of goods from China without declaring them on customs forms, to avoid import and tax duties.

Investigations later revealed that the criminal network targeted by Operation Snake deposited the money earned into ICBC, which is accused of sending the funds to China without checking their origin as required by law.

Following the money trail, Spanish investigators found out that the money laundering system uncovered by Operation Snake was employed by several other Chinese and Spanish criminal syndicates which were using the services of ICBC Spain to introduce into the financial system funds earned through the crimes of smuggling, tax and excise fraud and labour exploitation, allowing the transfer of the funds to China in a way that appeared legal.

Operation Shadow, which saw the involvement of over 100 Spanish law enforcement officers and was supported by Europol's Financial Intelligence Group, resulted in the arrest of 5 directors of ICBC during the search of the branch's offices in Madrid.

Igor Angelini, Head of Financial Intelligence Group at Europol said: “Operation Shadow shows all the challenges that modern transnational financial investigations entail: criminal activities that generate cash which is then injected into the financial system through the misuse of complex corporate structures; the complicity of several professionals who move the funds across different jurisdictions completes the picture. Money laundering is today a service that criminals offer to other criminals and that requires combined efforts of many public actors both at national and international level to be prevented, investigated and prosecuted.”