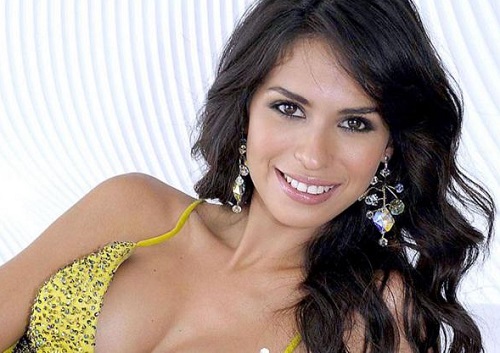 The wife of Joaquin “El Chapo” Guzman, Mexico’s most notorious drug lord, fears for her husband’s life, claiming that the Mexican government is treating him to harsh and inhumane prison conditions as punishment for his escape from the same jail in 2015.

El Chapo has been back at the maximum security prison in Altiplano since his recapture in January. The prison break was a huge slap in the face to authorities and Guzman’s extradition to the United States is already in the works to ensure his continued stay behind bars.

To make sure he doesn’t escape from Altiplano yet again, authorities have taken scores of precautions. A lot of those, according to Coronel, are slowly killing her husband. Guzman is constantly guarded by barking dogs and moved around from one cell to another to prevent another tunnel breakout.

“They want to make him pay for his escape,” Coronel told Telemundo. “They say that they are not punishing him. Of course they are. They are there with him, watching him in his cell. They don't let him sleep. He has no privacy, not even to go to the restroom.”

“Of course I am afraid for his life,” she said. The cartel wife even filed a complaint regarding her husband's confinement with Mexico's National Human Rights Commission.

The pair has been together since 2007. Back then, Coronel was just 17 and Guzman was past 40. They married a year later, the day Coronel turned 18. They have two daughters, twins, who were born in Lancaster, California – Coronel holds dual citizenship in both Mexico and the United States.

If it is true that El Chapo is being treated a bit harshly at the maximum security prison he escaped from just months before, should we, or Mexico’s National Human Rights Commission, really make this a priority?

El Chapo’s actions caused the deaths of thousands of people. Mexico’s streets are littered with beheaded and mutilated corpses due to his drug wars. Are we really having a discussion about whether this man is being treated fairly in prison?

In the words of Livia Soprano: “Poor you.”