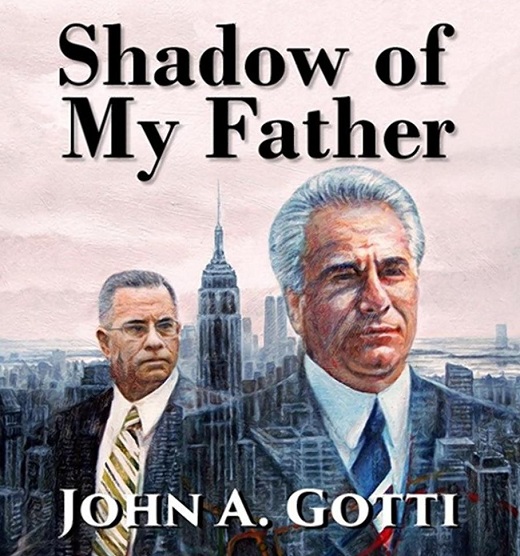 John Marzulli, who covers organized crime for the N.Y. Daily News today broke a story on the new memoir by John A. “Junior” Gotti to be released this week. As Marzulli reports, the book had been under wraps for months. It will be published worldwide two weeks before “Gotti’s Rules,” a book by Philadelphia mob reporter George Anastasia based almost entirely on the word of disgraced federal witness John Alite.

Alite, aka “Johnny Corvette,” was a one-time low-level Gambino family associate whom the FBI attempted to bill as a kind of latter day “Sammy the Bull” Gravano during Gotti’s Jr.’s 4th and last prosecution in 2009.

But, as The Associated Press reported, the jury was unanimous in their disbelief of the Albanian-American “associate” who passed himself off as a real wiseguy by calling himself John Aletto. 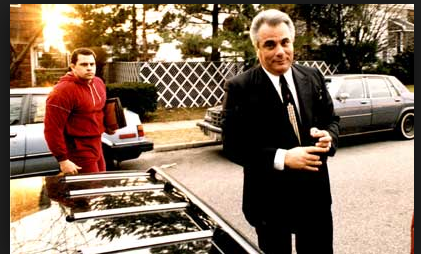 Last summer while finishing the book, which he penned himself without the help of a ghost writer, John Jr. reached out to me and asked me to write the Foreword to “Shadow of My Father.” Before I agreed, I spent months analyzing thousands of pages of FBI 302 memos and transcripts from the four trials between 2005-2009 in which the DOJ attempted to convict the son of the legendary “King of The Volcano.”

After digesting the research I was astonished at the lengths to which the Feds went to put “Junior” away forever after he withdrew from the Gambino crime family; going, in his words, “on the shelf for life;” refusing to fly the borgata’s flag and renouncing his life in the secret society J. Edgar Hoover mistakenly dubbed (LCN) La Cosa Nostra. At one point between trials Two and Three the FBI even leaked false information suggesting that the younger Gotti had agreed to testify, an act which prosecutors later acknowledged put his life in danger.

My 23 page Foreword serves not only as an introduction to this astonishing biography, but an endorsement of John Jr.’s word against that of self-admitted murderer, drug dealer and home invader Alite, who seemed to relish at trial telling the jury how he had tortured a New Jersey electrician he found on his property.

“Shadow of My Father” will be available everywhere this week via amazon.com’s Kindle Direct Publishing and other outlets as both an ebook and a trade paperback.

“60 Minutes” which did an hour long interview with John Jr. in 2010 just issued a special post by producer Ira Rosen who writes: 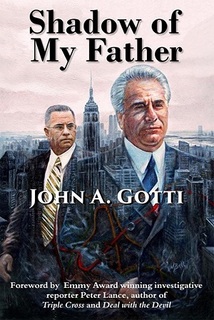 “Five years ago we ran the first major interview with John Gotti, Jr… Since our 2010 broadcast, Gotti, Jr… completed a self-published book, titled “Shadow of My Father.” (He) now admits for the first time that he had a leadership role in the crime family. He also reveals new details about how the Mafia operates, which he was reluctant to discuss when he first sat down with 60 Minutes. As for the government, they have so far decided not to pursue another case against him.”

As a reporter who devoted six years to my fourth HarperCollins investigative book, “Deal With The Devil,” an epic study of the Bureau’s 30+ year relationship with Colombo family killer Greg “The Grim Reaper” Scarpa, I can attest that “Shadow” is destined to rewrite the modern history of organized crime.

CLICK HERE for an exclusive link to The Foreword first published at Peter Lance's website and now shared EXCLUSIVELY with Gangsters Inc.

Peter Lance is a five-time Emmy-winning investigative reporter now working as a screenwriter and novelist. With a Master’s Degree from Columbia University Graduate School of Journalism and a J.D. from Fordham University School of Law, Lance spent the first 15 years of his career as a print reporter and network correspondent. He covered hundreds of stories worldwide for ABC NEWS 20/20, NIGHTLINE, and WORLD NEWS TONIGHT. Since 2001, Lance has been writing investigative books regarding the FBI’s counter-terrorism and organized crime track records. He is a five-time winner of the News & Documentary Emmy award and recipient of the Robert F. Kennedy Journalism award. His most recent book “Deal with the Devil” told the story of the alleged twisted partnership between Colombo mobster Greg Scarpa Sr. and his FBI handlers. Lance has also written three books regarding international terrorism.

THIS SHOULD BE AN INTERESTING READ..  I ALWAYS LIKED JOHN GOTTI, SR.  HE WAS A STANDUP DUDE !!!!