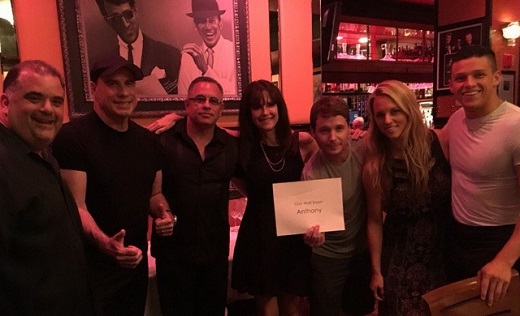 One big family! The cast and crew behind the upcoming motion picture about New York mob boss John Gotti Sr. got together this weekend for a celebratory dinner marking the start of filming. They also had an uplifting message for a Gotti relative who was diagnosed with leukemia.

Director Kevin Connolly has quite the entourage, pun intended, surrounded by husband and wife John Travolta and Kelly Preston, John Gotti Junior and his brother Peter, and several other members of the cast and crew during a fun evening celebrating that the story of Gotti is coming to the silver screen.

READ: John Gotti Jr. sits down with Gangsters Inc. to talk about father, ...

Star couple John Travolta and Kelly Preston will take their marriage onscreen as they appear as husband and wife Gotti. While some still doubt Travolta can pull off playing the part of the Dapper Don, an insider tells Gangsters Inc. he has no doubts. “I've seen Travolta in hair and make-up and it's amazing what they can do! John Junior brought nineteen of his father’s ties and hankies for Travolta to wear during this movie, his suits as well, but they weren't too crazy about getting them altered so Travolta copied them.”

With filming underway, Gangsters Inc. can exclusively reveal some more cast members, thanks to our man on the inside.

Spencer LoFranco will take on the role of John Gotti Junior. The young actor is a fresh face who starred in movies such as Unbroken and Jamesy Boy.

He is joined by the more experienced Stacy Keach, known best for his roles in The Bourne Legacy, American History X, and television series Prison Break. Keach will play Gambino crime family underboss Neil Dellacroce, who was Gotti Senior’s mentor during his mob career.

The choice for a few of these actors might surprise some people, but makes all the more sense to the crew and studio, our insider explains. “They wanted fresh faces,” he said. “Not the usual gangster movie characters for this movie.”

Though the crew was in a good mood as they celebrated and dined, the Gotti family received some sad news as Gotti Junior’s 21-year-old nephew Anthony was diagnosed with acute lymphoblastic leukemia. Despite this, they remain hopeful. As a show of support the family and film crew posed for pictures (see below) wishing Anthony a speedy return to health.

Below are some exclusive photos from the set: 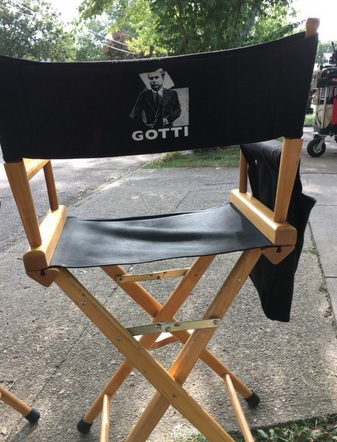 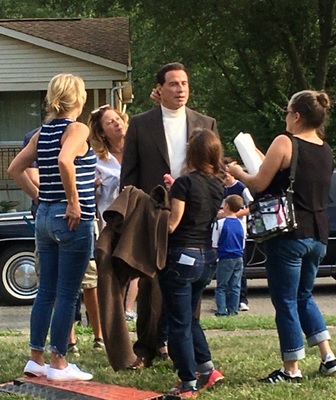 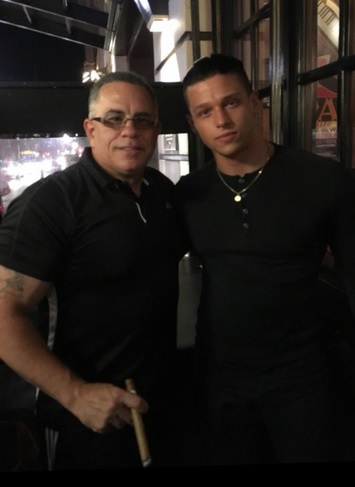 Do they need and people for back ground appearance? I am available..

Yes, they do, Ed. Check Cincinnati.com for more details on how to try-out for a part.