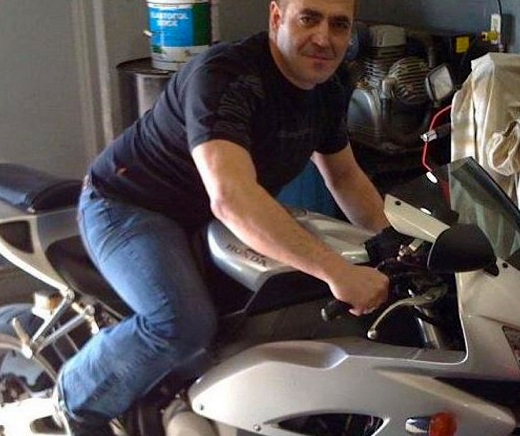 The United States may be one of the biggest consumer markets for drugs of any kind, but at the same time there is no country on earth that enforces its anti-drug laws as rigorously. Smugglers, traffickers and kingpins the world over have taken note and fear ending up in a U.S. prison. Still, sometimes the lure of untold riches proves too strong. As was the case for Turkish Canadian drug trafficker Sezayir Bulamun, who was caught in an FBI sting operation.

Everything was looking pretty good for Sezayir Bulamun (photo above) back in 2012. The forty-something businessman ran a motorcycle business in Laval, near Montreal, and enjoyed the fruits of his labor. But instead of kicking back and perhaps riding his bikes, he began hatching a plan that would add some extra zeroes to his bank account. Together with some friends, Bulamun decided to smuggle 100 kilograms of cocaine from Mexico through the United States and into Canada.

It was a decision that would bring him everything but the riches and fat bank account he hoped for.

He could’ve known that beforehand, of course. There is a reason the price of a brick of cocaine rises with every mile it travels up into North America. That reason being: It’s an extremely difficult undertaking. With U.S. Customs, Border Patrol, the DEA, and local police departments all keeping an eye out for possible drug shipments all along the Mexican border and up into the neighboring states.

But hell, Bulamun knew what he was doing. He’d buy the coke from a Mexican supplier – no doubt part of one of the infamous drug cartels – and sell it to the Italian Mafia in Montreal where it would be distributed to smaller street dealers. It was the circle of dope life, the classic drug pipeline.

Bulamun sent a friend of a friend to Chicago to pick up the 100-kilo shipment and drive it to New Jersey from where it would travel to Canada. On November 27, 2012, that friend was at the exact spot where he needed to be, receiving the keys to a vehicle filled with one hundred packages wrapped in cellophane.

So far so good. That is except for the fact that the friend turned out to be an undercover agent working with the FBI. From that point on, with all the “dope on the table” and firmly under its thumb, the FBI began collecting more evidence against the crew of Canadian drug traffickers.

A day after collecting the coke shipment, the undercover agent met one of Bulamun’s associates who built a secret compartment in a trailer truck to hide the drugs as it traveled to Canada. Unbeknownst to him or Bulamun the cocaine was going nowhere near Canada, it would sit safely in a vault somewhere, evidence in a criminal case. In 2012, U.S. prosecutors charged Bulamun and his crew with drug trafficking and sought his extradition to the United States.

Two days ago, on Wednesday, April 26, 2017, 48-year-old Sezayir Bulamun pleaded guilty to one count of conspiring to distribute more than five kilograms or more of cocaine. He admitted that between October 2012 and November 29, 2012, together with others, he conspired to pick up 100 kilograms of cocaine in Chicago, transport it to a warehouse in New Jersey, and then transport it to Canada.

The conspiracy count to which Bulamun pleaded guilty carries a mandatory minimum penalty of 10 years in prison and a maximum of life in prison. He is scheduled to be sentenced on August 4, 2017.

Bulamun’s downfall is a perfect example of a smooth anti-drug operation executed by the well-oiled law enforcement agencies in the United States. As we wrote before, there is a reason the price of drugs goes up as it moves through the United States, and it’s not because they sprinkle some extra dope on top.