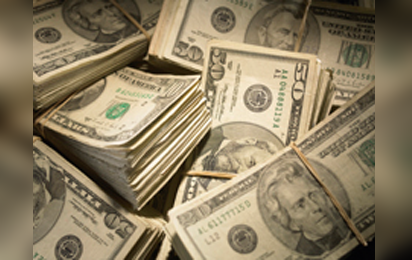 Prosecutors unsealed the indictment of the former Tabasco, Mexico, Secretary of Finance following the arrest of his wife in the Houston area. 49-year-old Jose Manuel Saiz-Pineda served as the Secretary of Finance of the Mexican State of Tabasco from 2007 to 2012 under former Governor Andres Granier Melo. Saiz-Pineda is the latest in a very long line of Mexican officials caught for drug-related crimes.

A federal grand jury in Corpus Christi returned a sealed indictment against him on April 26, 2017. Authorities arrested his wife – 49-year-old Silvia Beatriz Perez-Ceballos at her residence in Sugar Land on Wednesday, May 24, after which the indictment was unsealed. Also charged is Saiz-Pineda’s business associate in Mexico and the United States, 44-year-old Martin Alberto Medina-Sonda.

All are charged with conspiring to launder monetary instruments and conspiracy to commit bank fraud. The charges are the result of an Organized Crime Drug Enforcement Task Force investigation in Houston and Corpus Christi. The DEA, Internal Revenue Service - Criminal Investigation, sheriff’s offices in Fort Bend and Harris Counties and U.S. Marshals Service all conducted the investigation.

Perez-Ceballos made her initial appearance yesterday in federal court in Houston before U.S. Magistrate Judge Dena Palermo who temporarily ordered her into custody pending a detention hearing set for this Tuesday at 2:00 p.m.

Saiz-Pineda is currently in custody in Tabasco on related charges of illegal enrichment. Medina-Sonda is also in custody in Mexico.

The United States intends to seek a personal money judgment from the defendants in the amount of $50 million, according to the indictment.

Conspiracy to commit bank fraud carries a maximum penalty of 30 years in federal prison and up to a $1 million possible fine. If convicted of the money laundering conspiracy, each also faces up to 20 years in federal prison and a possible $500,000 maximum fine, twice the value of the monetary instrument or funds involved in the transactions or both.