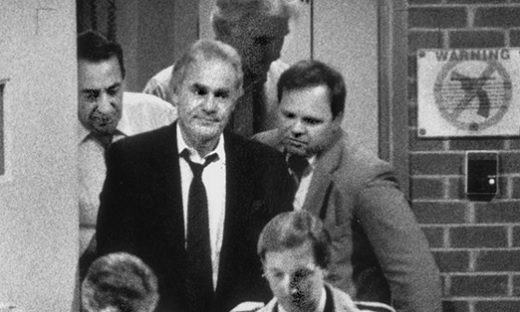 Former Pittsburgh crime family underboss Charles “Chucky” Porter passed away on Tuesday. He was 82 years old. For several years, Porter was a powerhouse in the Pittsburgh underworld, serving as the right-hand man of mob boss Michael Genovese. He died of natural causes.

Porter’s death allows us to reminisce, back to the days when the Pittsburgh mob was still a powerful organization with its tentacles reaching into corrupt local politicians and law enforcement. But as with most crime families, those days began to come to an end during the 1980s and the decade following it.

Its decline coincided with Porter’s rise.

Known as a tough guy and enforcer, Porter became a “made” member of the family in 1986. At that time, Michael Genovese had been leading the family for several years after succeeding longtime boss Sebastian LaRocca, who passed away in 1984. Due to the small size of the family, Porter was able to quickly ascend up the ranks and became underboss shortly after becoming an official member.

Back then, the Pittsburgh Mafia was involved in all the usual rackets, including extortion, gambling, robbery, and drugs. In March 1990, Porter and Louis Raucci Sr., along with seven associates were indicted on racketeering charges which included the aforementioned crimes as well as murder conspiracy.

The indictment brought Porter’s short mob career to an abrupt end. After he and Raucci were convicted of all charges, Porter offered his services to the FBI, telling them about Mafia organizations and players from New York, New Jersey, Boston, Philadelphia, Florida, and California. He was a man with many connections thanks to his well-oiled Pittsburgh cocaine ring.

In exchange for his information, the feds cut his 28-year-sentence in half. In 2000, Porter was released from prison. Raucci had died behind bars in 1996, while boss Michael Genovese passed away in 2006.