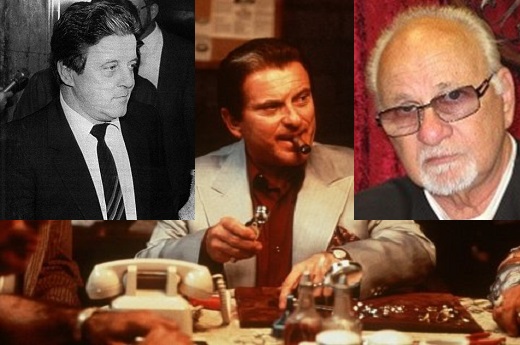 Former Mafia hitman Frank Cullotta has written a new book and will be out and about doing some heavy promoting. Known as a member of infamous Chicago mobster Anthony Spilotro’s Las Vegas crew, Cullotta eventually became a turncoat and said farewell to his life of crime. His latest book is titled The Rise and Fall of a “Casino” Mobster: The Tony Spilotro Story Through a Hitman’s Eyes and promises plenty of gore.

The book details the life story of Spilotro from the eyes of Cullotta, who was his childhood friend. Spilotro was sent to Las Vegas in 1971 by the Chicago Outfit to assemble a crew of thieves. He turned to Cullotta to lead the ring, which came to be known as the Hole in the Wall Gang.

Spilotro’s life has been told before, most notably in the 1995 movie Casino, but no one can tell it like his long-time ally Cullotta, who writes about Spilotro’s rise up the ladder to become an Outfit boss, the many murders linked to the mobster and his subsequent fall from power and murder at the hands of the Outfit.