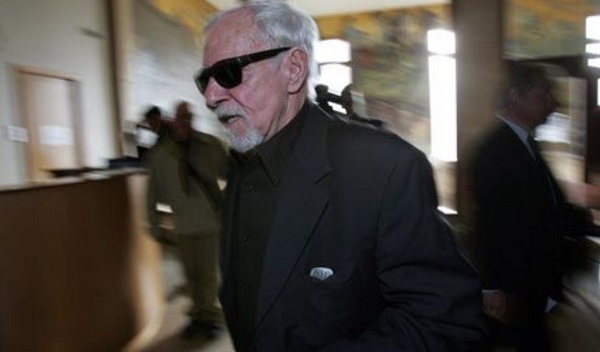 Jacky Imbert was a French gangster. A suspect in numerous underworld murders. In an interview with Le Nouvel Observateur magazine in 1993, Imbert said: "The cops always came to ask me about the jobs I didn't do. For the ones I did do, I never saw anyone."

In 1963 Jacky "Mad Jacky" Imbert appeared in a police report for the first time. He was a suspect in the killing of mobster Andreani Baptiste outside a gaming room in Paris. The police reported: "Mad Jacky is a very dangerous individual: a veritable contract killer." In 1967 he was again the main suspect in the drive-by killing of Marseille crime boss Antoine Guerini. After his murder Imbert, sharing with Gaetan "Tani" Zampa, took over the city’s lucrative prostitution, drugs and protection rackets. But his partnership with Zampa didn’t last long. They had a dispute over protection rights.

On February 1, 1977 three men were waiting for Imbert outside his home. Police think one of them was Zampa. They shot Imbert and left him for dead. Legend has it that one of the men said: “A swine like him isn’t worth a coup de grâce. Let him die like a dog!” Doctors removed 22 bullets from his body, but Imbert survived. His right arm was paralysed, Le Monde then wrote: "small matter – he will learn to shoot with the left". What followed was Mad Jacky’s revenge; 11 of Zampa’s associates were shot down. Imbert was arrested as he allegedly prepared for another killing. No charges were brought against him and he was released after 6 months. When he came out a truce had been declared.

Jacky Imbert then seemed to lead a quiet life. He spent his time travelling to his properties in the Caribbean and Italy. In the 1980s he described himself as a PR man for a Paris discotheque owned by Russian born businessman Richard Erman. It seemed Mad Jacky had retired from a life of crime. But police would disagree....

Police were investigating a criminal operation run by the Russian Mafia to build a clandestine cigarette factory in a warehouse in a suburb of Marseille. As a part of that investigation police tapped a phone conversation between Imbert and Richard Erman. Imbert said: "Look, all these ups and downs, they are beginning to cause me problems, you get it?" Police were convinced this was evidence he was part of the operation run by the Russian mafia. In October 2003 he was arrested in a police raid on his home. 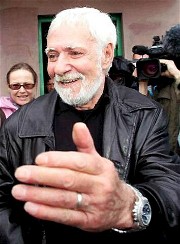 In November 2004 the trial started. The state prosecutor asked for a 5 year prison term for Imbert. The highest term asked in the case. Prosecutor Marc Gouton said: "Everyone here has testified that without Imbert’s authorisation nothing could be done. He has a very strong character. He is not a man who takes orders. He gives orders and others carry them out" However, prosecution witnesses later retracted their initial testimony to investigators. The only evidence linking Imbert to the alleged scam is the telephone call with Erman, which, as his lawyer pointed out in court, is open to interpretation. “The case against him is so hollow, so inexistent, so empty, that I am reduced to answering a charge based on the intonations of a voice,”.

In December 2004 the court in Marseille sentenced him to 4 years in prison for masterminding the operation. It seemed Imbert’s long run had run out. However he appealed. On April 8, 2005 at age 75, Imbert was cleared of taking part in the scam to manufacture contraband cigarettes. The appeal court found that the telephone tap evidence against him was unconvincing.