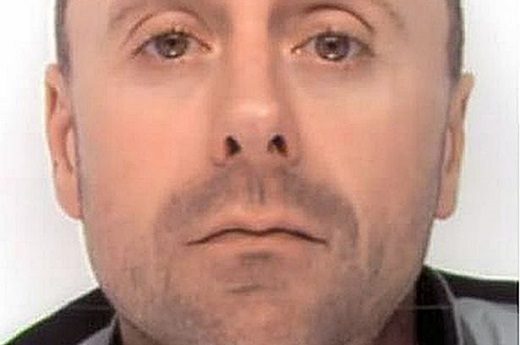 David McDermott seemed to have it all figured out. He’d smuggle cocaine to get rich and when cops were on to him he fled to Ghana where he married the daughter of a high-ranking government official and continued living in luxury. But British law enforcement has a long reach and got the fugitive drug smuggler back to the United Kingdom where, yesterday, he was sentenced to 13 years in prison for his role in smuggling part of 400 kilos of cocaine.

The 43-year-old drug trafficker was considered by authorities to be the “logistics man” of a violent Liverpool-based organized crime group that smuggled 400 kilos of high purity cocaine hidden inside a consignment of Argentinian beef.

Customs discovered the coke by happenstance, as they inspected the shipping container only because of an E. coli problem at the Argentinian meat factory. Once they found the drugs – 400 packets all labeled with the logo “Burro” divided among 16 black holdalls – they replaced it with fake packages and sent the shipment on, following its progress and the people managing its movement.

Police knew they had hit the jackpot not just because of the size of the shipment, but also because the cocaine was 79% pure. This was high quality South American drugs destined for the British market that would generate multi-millions in illicit income.

By following the coke, investigators quickly were able to find the seven men behind the plot. And by mid-2013, six of them - Ian Stanton, James Mossman, Gary Keating, Francis Oakford, Anthony Short and Anthony Saunderson – were convicted and given a total prison sentence of 77 years. But one, McDermott, managed to get away and evaded his time behind bars.

After fleeing, McDermott was featured in the Operation Captura fugitive campaign, used to locate and capture British criminals who went on the run abroad. He was traced to Ghana in March of 2016 and arrested in a joint operation by the National Crime Agency and the Ghanaian Bureau of National Investigations before being extradited to the United Kingdom in May.

While in Ghana, McDermott had married Ramona Wampah, the daughter of the governor of the African nation’s Central Bank, Dr Henry Kofi Wampah. This insured McDermott would be safe from British authorities, enjoying the protection and life of riches only a high-placed government official could offer.

Until, of course, said government official runs into his own legal problems. Dr Henry Kofi Wampah got involved in a scandal, seriously decreasing his political clout. British authorities, meanwhile, were pressing officials in Ghana for McDermott’s extradition.

With previous convictions for possession of cannabis, ecstasy and cocaine, McDermott didn’t stand a chance in court. He admitted his role in the conspiracy on the basis he would receive 50 kilograms of the cocaine shipment, which was valued at £15 million but if cut and sold it would have had a potential street value of approximately £71 million.

“McDermott was the logistics man for a crime group whose members were willing to use extreme violence,” National Crime Agency senior investigating officer Joanne Ralfs said. “He was an integral part, looking after transportation and making sure the job went ahead. We are here to take these people out and this is a great result. This particular crime group had a significant impact across the north west and if this conspiracy came off it, the drugs had the potential to devastate communities.”