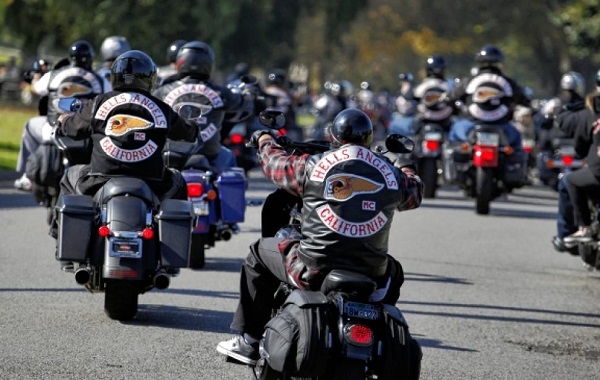 Bikers and meth? It’s so cliché, but a new case seems to add to the list of outlaw bikers caught with the drug. A member of the Rhode Island chapter of the Hells Angels Motorcycle Club was charged with trafficking methamphetamine and cocaine and hit with firearms charges.

54-year-old Douglas Leedham, of North Providence, R.I., was detained Thursday by members of the FBI Rhode Island Safe Street Task Force during the execution of a court-authorized search of his residence. The search was conducted as part of a Project Safe Neighborhoods investigation into Leedham’s alleged drug trafficking activities.

When agents searched Leedham’s residence, they seized a total of 44 grams of suspected methamphetamine, 19 grams of cocaine, two handguns and a 12-gauge shotgun, two body armor vests, 35 knives, four hatchets, five expandable and four flashlight batons, a set of brass knuckles, $6,422 in cash, and assorted items used in the packaging and distribution of drugs.

According to court records, Leedham was convicted in Rhode Island Superior Court in September 2013 of carrying a pistol without a license. He was sentenced to a term of five years in prison - suspended with five years’ probation.