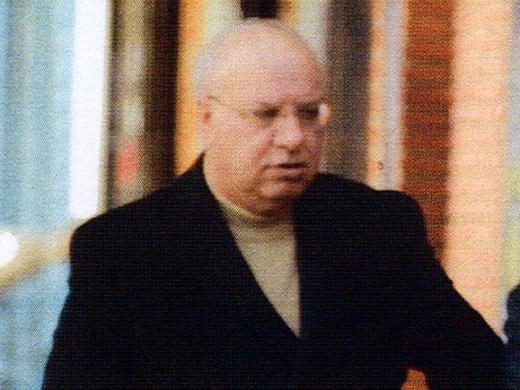 After more than thirty years, Gambino capo Bartolomeo “Pepe” Vernace finally had to face the music in 2013 when he was found guilty of a 1981 murder and various racketeering charges. His victim was an innocent bar owner who had nothing to do with the mob. Vernace on the other hand rose rapidly through the underworld while dodging murder charges for years.

It may sound corny, but it was just like a scene from the movie Goodfellas. Apparently Henry Hill and Martin Scorsese perfectly captured the mob ethos of that period. On the night of April 11, 1981, wannabe mobster Frank Riccardi was celebrating his 24th birthday at the Shamrock Bar on Jamaica Avenue. He was having a grand time, fooling around and getting drunk, until someone spilled a drink on a woman he was with and ruined her dress.

Be it alcohol, a short temper, or simple disrespect, Riccardi reacted with violence, starting a bar brawl with the other patron which ended when bar owners Richard Godkin and John D’Agnese broke it up and led Riccardi and an associate out the door and onto the street. As the owners went back inside, Riccardi decided he wasn’t done yet.

Within half an hour he was back at the Shamrock Bar with two friends by his side. One of them being Bartolomeo Vernace, who was an associate in the Gambino Crime Family at the time, the other was Ronald “Ronnie the Jew” Barlin, the man who stood by him during the bar brawl. The reason they were there was clear to all present. As they entered the bar with guns drawn, Riccardi shot D’Agnese in the face. Vernace was struggling with Godkin, a Vietnam vet, against an arcade machine. As Vernace got the upper hand, he shot him in the chest and left him to die.

Bartender Joseph Patrick Sullivan witnessed the whole scene. He later testified about what he saw, but he wouldn’t at that moment. Nor a decade later. He was too frightened. According to Sullivan, a few days after the violent murders, Gambino mobster Ronald “Ronnie One Arm” Trucchio summoned him to come see him at his social club. Trucchio was a close associate of Vernace. When Sullivan arrived, no one was there. Still, he got the message: Don’t talk to the cops.

Killing two innocent men over nothing isn’t the mob’s modus operandi. It attracts unwanted heat from police and alienates people in the neighborhood. The three men responsible were in big trouble with their higher ups. And they knew it. They decided to lay low while both police and the Gambinos investigated what exactly had happened.

The situation got complicated when it turned out that one of the victims, John D’Agnese, was the boyfriend of a girl named Linda Gotti, daughter of Peter Gotti and the niece of John Gotti. Two men who just a few years later would lead the Gambino Family. Both father and uncle sat down with Linda and told her not to cooperate with the police. Omerta, the code of silence, was an important tradition within the Gotti-household and they made that clear to the young woman grieving over her dead boyfriend.

Despite having behaved like a loose cannon and angered the Gottis, Vernace still had enough backing within the Gambino family. According to rumors, Vernace’s uncle had a lot of pull and managed to get him a pass. The other men managed to make amends without getting whacked as well.

With the mafia off their backs, the three men still had to deal with the law. But thanks to their mob connections witnesses were so intimidated that prosecutors failed to make a fist: Charges were dropped against Barlin; Riccardi was acquitted in a state murder trial; and Vernace was acquitted in 1998 in a state trial. 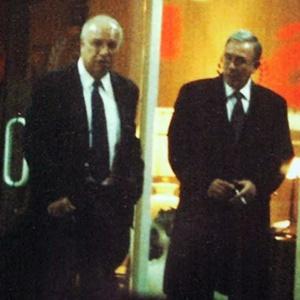 The acquittal meant that Vernace was back on the streets for good. The Gambino Family took notice and a year later, in 1999, made him an official member of the crime family. After the senseless killing of Billy Batts, Joe Pesci’s character thinks he will become a “made guy” as well, only to find out the mafia has a long memory and decided to use the ceremony as a ruse to murder him. It would have been a fitting end for Vernace. Especially considering he was in on the killing of Linda Gotti’s boyfriend and the Gotti clan still ruled the Gambinos during the years he was made. But eighteen years later any beef that existed had long since been squashed. Besides, Vernace (photo right, Vernace left) was bringing in a lot of money.

Over the next two decades, his power within the mafia grew as he became actively involved in robbery, drug trafficking, loansharking, and gambling, while operating a large and profitable crew from a café on Cooper Avenue in the Glendale neighborhood of Queens. His rank rose as well, going from a soldier to a captain who served on a three-member ruling panel that led the Gambino Family.

His rise was halted on January 20, 2011, when he was arrested in a big nationwide mob bust that saw over 120 members and associates of La Cosa Nostra in handcuffs, including leaders of the Colombo Family in New York and the Patriarca Family in New England.

When Vernace heard the charges against him he must have had a moment of déjà vu. Prosecutors topped off Vernace’s indictment with the 1981 double homicide of Richard Godkin and John D’Agnese. And this time witnesses weren’t afraid to testify.

After a five week trial, the jury came back with its verdict. Guilty. As part of the racketeering conspiracy, the jury found that Vernace participated in all racketeering acts alleged in the indictment, including the murders of Richard Godkin and John D’Agnese, heroin trafficking, robbery, loansharking, and illegal gambling.

The 64-year-old mobster now faced life in prison because back in 1981 his friend came to him with the request to come and go out to kill two bar owners for doing their job. Meanwhile, the man who was the source of all this violence remains unknown. That evening over thirty years ago, he spilled a drink on a nice dress that was subsequently “ruined” and left a pretty lady pretty angry, causing her gangster boyfriend to get a buddy and some guns to set things straight and murder two men.

Three years after being found guilty, Vernace passed away behind bars at age 67.

If i'm correct, there is no statute of limitation on murder. Except for double jeopardy you can't get away with it.Well maybe sometimes.