Gangsters Inc. at the movies 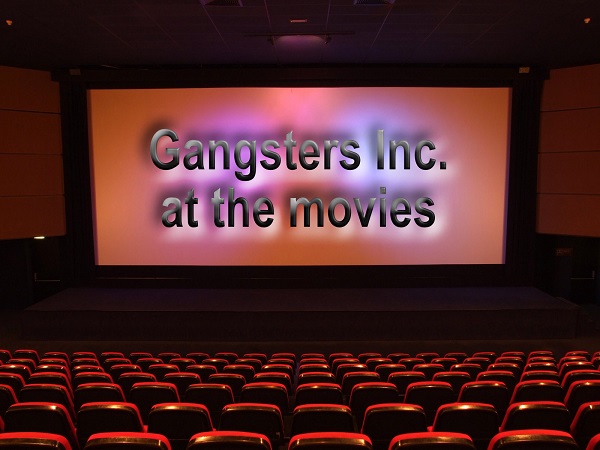 Take a seat at the Gangsters Inc. cinema and check out trailers of the best and newest gangster movies and television series. This is where you see the bullets fly on the silver screen, the horse heads in the beds of studio bosses, and the most beautiful mistresses as they seduce top dogs and marks. Enjoy the show!

Gangsters Inc. at the movies:

In “The Kitchen” women run the Irish Mob in New York, with jokes an...

Clint Eastwood smuggles cocaine for the Sinaloa cartel in The Mule

Narcos restarts in Mexico with focus on cartel origins and DEA’s fi...

King of Thieves: Elderly gangsters pull together for biggest heist in history

Brawl in Cell Block 99: Vince Vaughn as a boxer-turned-drug runner

The Accountant: Ben Affleck cooks the books for Mafia and drug cartels

22 Bullets with Jean Reno as a Marseille mob boss