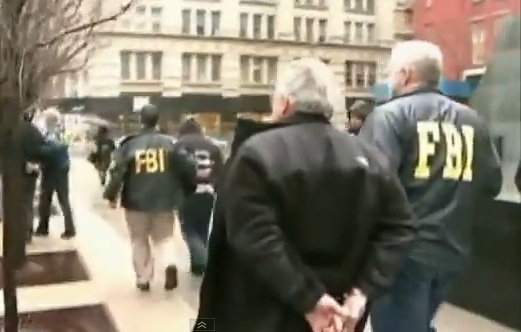 “I'm in the waste management business. Everybody immediately assumes you're mobbed up. It's a stereotype. And it's offensive. (…) There is no Mafia.” - Tony Soprano

Thirty-two members and associates of the Genovese, Gambino, and Lucchese crime families were hit with various racketeering charges yesterday, all related to the waste hauling business in New York and New Jersey. Showing once more the resilience of the American Mafia.

For decades the mob has been in a free fall. Going from an all-powerful entity that controlled organized crime across the United States to a rat infested dysfunctional group with aging members and a lack of smart new ones. With each bust prosecutors claimed the Mafia had been finished. Its control over a certain industry ended. Yet new incidents continued to prove both authorities and the media wrong.

Though La Cosa Nostra has been weakened, it is still up to its old tricks. They are still corrupting unions, still extorting the Feast of San Gennaro, and still involved in waste management. Yes, garbage has remained a moneymaker for the beleaguered gangsters.

According to the indictment, the mobsters charged yesterday, “worked together to control various waste disposal businesses in the New York City metropolitan area and multiple counties in New Jersey.” The Waste Disposal Enterprise, as authorities call it, was a criminal organization members of which engaged in crimes including extortion, loansharking, mail and wire fraud, and stolen property offenses.

“The operation of the Waste Disposal Enterprise was coordinated by and among factions of the La Cosa Nostra families through the use of “sit-downs” to determine which faction would control a particular waste disposal company and established the financial terms upon which control of that company could be transferred from one faction to another in return for payment,” the indictment states.

The mobsters avoided any official connection to the waste disposal businesses they controlled because they were either officially banned from the waste hauling industry, or unlikely to be granted the necessary licenses required to do business because of their affiliations with organized crime. So they simply hid themselves behind waste disposal businesses that were officially owned and operated by clean front men, who were able to obtain the necessary licenses because they had no known affiliations with organized crime.

Now in control over these waste disposal businesses, the gangsters dictated which trash pick-up stops that a particular hauling company could use and extorted payments in exchange for protection by individuals associated with organized crime. By asserting and enforcing purported “property rights” over the trash pick-up routes, the wiseguys excluded any competitor that might offer lower prices or better service, in effect imposing a criminal tax on businesses and communities. Separately, some of the front men were also committing crimes, including stealing property of competing waste disposal businesses and defrauding businesses of their customers.

Fappiano is probably the most surprising name on the list. He was freed in 2006 after having served 22 years in prison for a rape he didn’t commit. In 2011 he was first arrested in a huge mob takedown that saw 127 men in handcuffs on various racketeering charges. Fappiano, then hooked up to the Colombo Crime Family, got off with a slap of the wrist, reported the New York Daily News, as he was sentenced to time served, one month, in that case.

Now he is back behind bars after joining the Gambino Family in this latest endeavor. And he probably didn’t even need the money as he received $2 million in a settlement after having sued the state due to his wrongful conviction.

Prosecutors say the aforementioned mafiosi were all involved in the extortion of a waste hauling business owner who became a cooperating witness and will now be the government’s most important weapon against this latest mafia comeback.

Whether or not the mob’s influence over the garbage industry has been eradicated has yet to be seen, but this indictment will at least keep everyone on their toes.

Takedown: Interested in reading more about the Mafia’s involvement in the garbage industry? Then we highly recommend the book Takedown: The Fall of the Last Mafia Empire by Rick Cowan and Douglas Century.