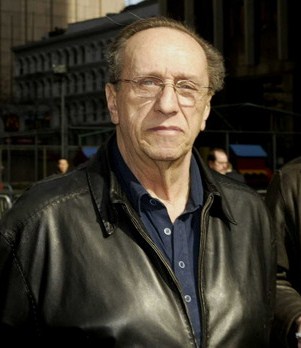 A reporter once wrote that if you took one look at Anthony Antico, you knew he had to be a defendant in a criminal trial. Though looks can be deceiving, in Antico’s case they were not. As a leading member of New York’s Genovese Crime Family he stole and murdered his way to the top of the mob.

While other American Mafia families were slowly being dismantled by prosecutors and the FBI, the Genovese Family managed to slip through relatively unscathed. Under the leadership of Vincent “Chin” Gigante, the family held a steady membership of around 250 made members and business ran like clockwork.

When Gigante went to prison, he remained in control through former boxer Dominick Cirillo. Cirillo is an aging mobster with a heart problem and thus needed help running the family. A ruling panel named the Westside Crew was set up. The panel included John Barbato, 70, Lawrence Dentico, 81, and Anthony Antico. By now Antico was a captain and among the most influential mobsters within the family.

Born on June 16, 1945, Antico has a criminal history dating to 1955, with convictions for attempted robbery and racketeering. He is the stereotypical gangster that does not seem to give a fuck. With the backing of the most powerful mob family in the United States he felt strong. When an associate told him a debtor had invoked the name of Vincent “Vinny TV” Badalamenti, a Bonanno Family mobster, in order to be left alone, he replied: “Tell ‘em he can bring Vinny TVs, Vinny Magnavox, everybody!” Antico then ordered the victim to be slapped in the face after his underling had collected the extortion fee.

Being the hands-on mobster that he is, the FBI had little difficulty in rounding Antico up and charging him with racketeering charges. On April 5, 2005, he and the rest of the men on the Genovese ruling panel were arrested. In October of the same year, Cirillo, Barbato, Dentico, and Antico pleaded guilty. Antico admitted to participating in extortion conspiracy and witness tampering.

When the charges against the Genovese leaders were initially brought, FBI Acting Assistant Director John Klochan said: "Our hope is that the indictment will serve as their retirement papers." Though all men pleaded guilty, they in no shape or form retired from the mafia. Antico, especially, did not slow down one bit. And authorities quickly noticed.

In December of 2008, authorities hit Antico with new charges, which included: racketeering, racketeering conspiracy, and extortionate collection of credit. Genovese associate Joseph Barrafato Jr. was indicted as well and is viewed as Antico’s muscle on the street.

According to the indictment, both men “conspired to rob one individual who had won $1.6 million in the Pick Six, a horse racing wager that requires the bettor to pick the winners of six races. When Antico inquired about the status of the robbery, Barrafato said he needed ‘the right ingredients to make the sauce’, an apparent reference to his efforts to recruit other participants in the robbery. Over the next several days, Barrafato reached out to others, informing them the target hit a Pick Six for a million point six and telling one individual, ‘I just spoke to Big Nose and . . . you are down on it... you and somebody else.’ A few days later, Antico asked Barrafato, ‘going to rob anybody, hello?’”

Apparently, Antico had a thing for robberies. As he got ready to stand trial on the aforementioned charges, prosecutors added another robbery charge. But there was a big difference between the other charges: this robbery ended with a murder.

Louis Antonelli was a mobbed up jeweler who was allowed to peddle gems at Antico’s social club in Brooklyn. In return Antonelli had to kick up money to the Genovese captain. Something he failed to do, prosecutors claim. On April 29, 2008, the 43-year-old jeweler was walking towards his sports utility vehicle that was parked near the El Sabor Tropical in West Brighton, Staten Island. Walking beside him was Joseph Aiello, a former police officer, who police say acted as a bodyguard for the mob associate. (Antonelli’s relatives say Aiello was just a friend.)

Before Antonelli and Aiello reached the SUV, two men stepped forward. One of the men fired several shots at Antonelli, who fell to the ground. The men then ran off, leaving the jeweler and his bodyguard behind. Antonelli would die two weeks later. One of the two hitmen was Joseph Gencarelli. He decided to cooperate with authorities and tell the story behind the “hit”. According to Gencarelli, he and Charles Santiago, who fired the fatal shots, were supposed to rob the jeweler. They had information that he was carrying hundreds of thousands of dollars in cash and gems. Gencarelli claimed he had no idea Antonelli would be shot.

Prosecutors presented their evidence during Antico’s trial, telling the jury that the mob captain had planned and ordered the robbery because Antonelli failed to pay him his cash tribute for allowing the jeweler to sell gems at his social club.

On July 29, 2010, the jury had reached a verdict. Antico was acquitted of ordering the fatal robbery of Louis Antonelli, but was convicted of running an illegal gambling club from prison, and conspiring to extort the man who won $1.6 million picking the winners of six horse races at the Santa Anita racetrack in 2004. That meant he was found guilty of two counts of RICO conspiracy, which could result in a maximum of twenty years in prison.

For an old man like Anthony Antico, twenty years in prison means dying behind bars. With so much at stake during his trial, he did not seem worried to the general public and court reporters. Several newspapers reported about Antico’s nose picking during the trial. He would pick long and hard and then lick his fingers for several minutes. His behavior seemed to say: I don’ t give a fuck. But his relatives paint a different picture, they say Antico was very stressed and this was his way of coping with that stress. Whether the thought of a future in a cell was getting to him, is unknown. But if it did, it didn’t make him decide to become a turncoat. Antico chooses to die in prison to protect the criminal brotherhood that he is a part of.