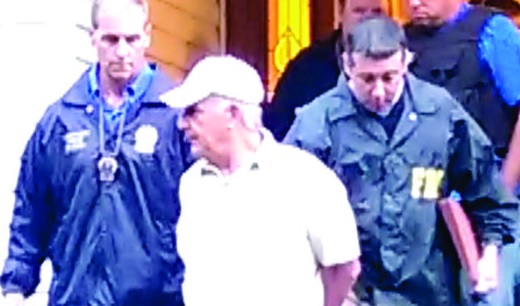 Genovese captain Daniel Pagano (above) was hit with racketeering charges in early August of 2014. Authorities alleged he participated in a racketeering conspiracy in which he committed extortion, loansharking, and operated an illegal gambling business. It was the latest bust in a long mob career for the 61-year-old Pagano. In 2015, he plead guilty to the charges and on July 10, 2015, he was sentenced to 27 months in prison. 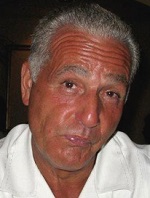 Together with Pagano (left), authorities charged Genovese family associate Michael Palazzolo, who, they claimed, in 2012, “used threats of force to attempt to collect payment from an individual who [he] believed robbed one of [his] co-conspirators of marijuana.”

The indictment was more of the same when it came to Mafia indictments. Gambling, extortion, and loansharking all wrapped up neatly in a racketeering conspiracy. We’ve seen it before. And so had Pagano who served two different stints in both state and federal prison on the same type of charges in the 1980s and 1990s. He was also sentenced to nearly nine years after being convicted in the late 1990s of leading a tax scam related to bootleg gasoline sales involving the Russian Mafia that defrauded the government of $77 million dollars. He was released from prison on May 22, 2007, and went right back to his Mafia buddies. Pagano is a very industrious mobster and overall bad boy. Not such a surprise considering the fact that his father, Joseph, was a made member of the Genovese crime family as well. Joseph Pagano (right) was heavily involved in narcotics trafficking and got his start back in the day with Joseph Valachi and Anthony Strollo. His early arrest record lists assault, robbery, and a drug conviction.

According to The New York Times, "He once tried to recruit Reverend Al Sharpton into a mob plot to deal illegal drugs in the 1980s, sources said. Sharpton has denied any wrongdoing, and said he thought Pagano was a music exec, not a gangster."

Joseph Pagano, who passed away in 1989, was once caught bragging about his family’s prowess in the mob. While discussing his influence over unions, he claimed that Mason Tenders Local 59 of the Laborers Union had “belonged to [his] family for fifty years.” And indeed it did. Until authorities booted him from the union in 1974, Patsy Pagano, Joseph’s brother, controlled it. Later, son Daniel stepped in as business manager for the Local until he too was convicted. After which, his cousin, also named Daniel, assumed control.

Keeping it in the family was indeed a recurring theme for Daniel. Even the father of his wife was involved in “the life.” As The Journal News reported, “Pagano's father-in-law, Vincent DeVito, was shot dead in 2003 in the backyard of his Airmont house. DeVito had been tied to the robbery of $100,000 and jewelry from a millionaire businessman living in Piermont. No one has been arrested in DeVito's killing.”

When Pagano has finished serving his prison sentence he will be on supervised release for three years. Let's see if he can do without seeing any notorious friends of his during that period.