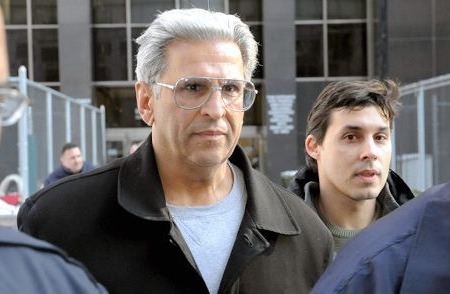 “Anthony Palumbo’s decades long crime spree has finally come to an end. He is going to prison which is exactly where he belongs.” Preet Bharara, the United States Attorney for the Southern District of New York, could not have been any more clear and direct in his statement about Genovese mobster Palumbo (photo above).

Today, Anthony “Tony D.” Palumbo (62) was sentenced to ten years in prison and three years of supervised release for his participation in a conspiracy to murder a Russian organized crime figure. He had already pleaded guilty on August 30, 2010. The murder conspiracy took place two decades ago and is another sign that the law has a long memory and the ability to bring the culprits to justice many years after the crime occurred.

In 1990, Palumbo was placed in charge of overseeing the Genovese Crime Family’s interests in an illegal mob cartel that extorted petroleum companies affiliated with several Russian mobsters engaged in a motor fuel bootlegging scheme. Through this scheme, the petroleum companies evaded the payment of federal and state motor fuel excise taxes, and the Genovese and other organized crime families extorted a share of the illegal proceeds.

“In late 1992 or early 1993, one of the Russian gangsters asked Palumbo and others to murder a hitman who worked for him. Palumbo and his co-conspirators agreed to murder the Russian hitman, but higher-ups in the Genovese Crime Family would not authorize the murder, so it did not happen,” the FBI’s press release states.

Because Palumbo pleaded guilty to this murder conspiracy, prosecutors did not pursue charges against him for the 1992 mob hit of Angelo Sangiuolo. Prosecutors allege the murder of the Genovese associate was ordered by former Genovese boss Vincent “The Chin” Gigante (right) because he had ripped off a gambling business associated with Palumbo. After Palumbo complained to Gigante, Gigante ordered Angelo Prisco, a Genovese capo, to murder Sangiuolo. Prisco recruited two of his associates to commit the murder. On or about June 2, 1992, Prisco’s mob associates shot and killed Sangiuolo in a van in the Bronx.

Palumbo was picked up by federal agents in 2009 together with a group of Genovese mobsters that included Acting Boss Daniel Leo. On orders from Leo, authorities allege, Palumbo took over a Jersey City business after the owner fell behind on a loansharking debt.

Comment by patrick power on May 29, 2011 at 2:08pm
do ur time brother u kept ur mouth shut omerta brother kill the rats