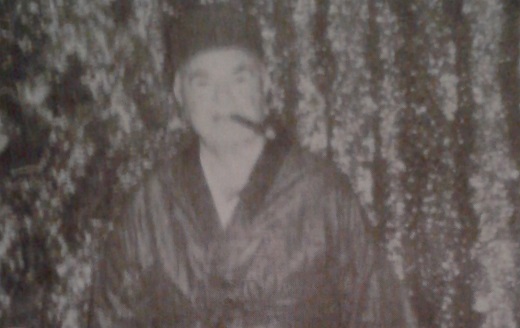 Ah Christmas! ‘Tis the season to be jolly. Genovese mob boss “Fat Tony” Salerno knew that all too well and pulled off a Christmas prank both edgy and extremely funny.

As a leading member of the Genovese Crime Family Anthony Salerno had enormous power. Not just in the criminal underworld, his corrupting influence extended into the legitimate world of construction, waste management, and various unions that gave him control over a wide array of businesses.

Yet, despite all that power, he still had to answer to a man above him. Vincent Gigante was the true boss of the Genovese Family and was using Salerno as his front, his man on the streets, and the one who would take the hit when the FBI came knocking.

This wasn’t a sign of disrespect, though. Everyone knew the reasons behind it and for Salerno it came with the job. He was loyal, had sworn an oath and was never going to break it. He respected “Chin” Gigante and his boss respected him back. He could trust him.

In La Cosa Nostra there are not many people you can trust. Besides Salerno, Gigante had another layer of protection against the Feds: His crazy act. For several decades, he managed to trick shrinks, doctors, judges, cops, and the FBI into thinking he was a nutcase and unable to keep a job, let alone run a criminal brotherhood consisting of hundreds of members.

Gigante would wander the streets in a dirty bathrobe. Talking to parking meters, sometimes even urinating in public, he was quite the sight. In no way, shape, or form did he even remotely resemble a Mafia boss.

While the outside world discussed whether Gigante was crazy or not, whether he led a criminal empire or just the empire of dwarfs and unicorns in his head, the mob knew the truth. And in the 1980s, Tony Salerno was going to have some fun with Chin’s act.

The old man put on his pajamas, a robe, a baseball cap which he turned backwards, and put a cigar in his mouth. He then took a photo which you can see on the right. He sent this photo as a Christmas card to several fellow mobsters who no doubt recognized the man Salerno was impersonating and had to laugh at the scene.

Chin undoubtedly saw the card as well. And though he was a secretive man who hated outlandish behavior, there was no backlash at Salerno. Gigante could appreciate a good joke once in a while. Especially from his dear colleague Fat Tony.

Vincent Gigante’s crazy act officially ended in 2003 when he admitted lying about his mental health. He died two years later at age 77.

I remember as a young man in New York,growing up  on 112 street 1st avenue watching all the coming and goings of Pleasant ave.crew,their cars the way they dressed and mannerisms,you couldn't help but wish you could have some of the shit these guys had.Anyway,the guy who stood taller then all the rest was the man himself Mr.Salerno. In my humble opinion Mr.Salerno was a mans man.