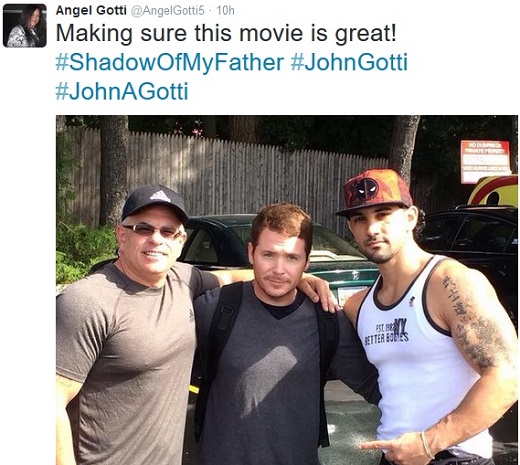 The life of John Gotti, America’s most famous mob boss since Al Capone, will hit the big screen and his family is making sure it will be done right. Gotti’s wife and son are giving actor John Travolta and director Kevin Connolly full access to what was once the Teflon Don’s inner sanctum.

There is no shortage of stories about John Gotti Sr. He was on the front page of numerous newspapers and magazines and the main subject of countless books and documentaries. Before HBO brought us The Sopranos, it made the TV movie Gotti (1996), starring Armand Assante as the Dapper Don. But this latest project will be different. Not only are the makers taking the story to the big screen, this time they want to do the story of John Gotti Sr. justice.

And they will do so with the backing of the entire Gotti family.

At the beginning of this month, it was announced that Kevin Connolly, known for his role in HBO’s Entourage, will direct the movie. On Monday, the young director was taken on a tour through the neighborhood by John Gotti Junior, who was part of a leadership panel that ruled the Gambino crime family after his dad went to prison. He has since said farewell to “the life.”

The upcoming movie is based on his book Shadow of My Father - exclusive book excerpt here, which details Gotti Senior’s rise to power in the Mafia, his personal life at home with his family, and his relationship with his son John Junior who followed his father into the mob. Junior quickly rose through the ranks, but after becoming part of a panel that led the family the FBI managed to lock him up. While behind bars he was hit with a new indictment. However, that trial ended in a mistrial, the first of four. After that, Gotti Jr. is allowed to walk away a free man.

Gotti Junior’s sister Angel posted several photos of the tour and meeting between Kevin Connolly and the Gotti family on Twitter which she agreed to share with Gangsters Inc. - see photo above. Asked which sites the guys visited, Angel told Gangsters Inc., “They took [Connolly] to my mom's house and 101st Ave in Ozone Park, [where the Bergin Hunt and Fish Club, Gotti’s headquarters used to be.]” (See photos below.)

Besides taking Connolly to some of the old places, the Gottis are also showing him some home movies of their beloved patriarch. Everything to make sure the movie will give an accurate portrayal of John Gotti Sr.

While some people say Connolly is too inexperienced to pull off this movie, Angel Gotti has full confidence in him. “I think Kevin will do a great job,” she tells me. “I heard a few of his ideas and they sound great.”

Actor John Travolta is already immersed in the role he will soon be playing. “He’s an amazing actor,” Gotti Jr. said in an earlier interview. “He’ll talk to me on the phone and will call me up about quotes. How would he have said this? Would he curse like this? Curse like that? How would he hold his hand? Would he hold his wrist out and show off his watch and ring? He’s asking me all these little details.”

Just like Connolly, Travolta was given a tour of Gotti’s old home as well. He even lay on Gotti’s bed. “Travolta will nail it!” Angel Gotti says. “I have no doubts about that.” 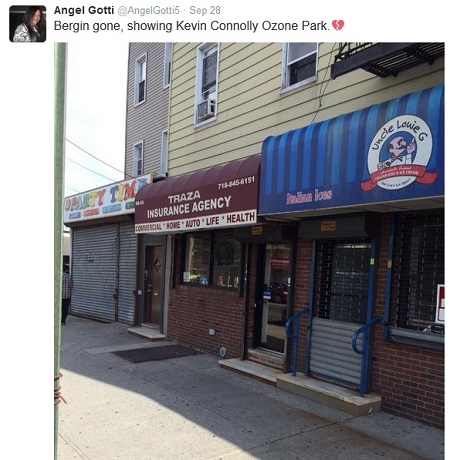