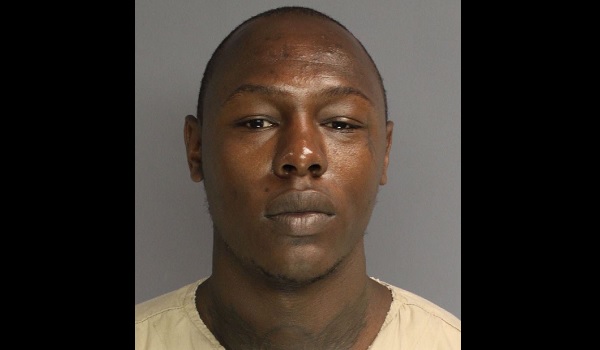 A member of the Grape Street Crips gang was indicted today on additional charges in connection with the murder of a bystander at a summer cookout in 2010. 34-year-old Khalil “Stod” Stafford (photo above) is accused of a June 19, 2010, shooting that left a woman dead and two other people wounded. He was previously acquitted of the murder following a trial in Essex County Superior Court.

Stafford – along with 33-year-old Hanee “Fat Boy” Cureton and 12 other defendants – was previously charged with RICO conspiracy, conspiracy to distribute one kilogram or more of heroin, and possession with intent to distribute one kilogram of more of heroin. Twelve of the 14 defendants charged in the indictment have been convicted. Stafford and Cureton are awaiting trial.

Another 66 members and associates of the Grape Street Crips who were arrested along in a coordinated takedown in May 2015 were separately charged with drug-trafficking, physical assaults, and witness intimidation, and all have been convicted.

On June 19, 2010, during a family cookout on Garside Street in Newark, Stafford confronted an individual about money he claimed the individual owed him. Stafford and several other gang-members left the cookout to retrieve firearms and later returned. They fired numerous shots at the person Stafford had originally confronted. Three people were struck – including a woman who was not involved in the confrontation, but was merely standing on a nearby porch, and was killed – and two other people who were wounded and survived.

The violence was just part of doing business. Mostly that business consisted of trafficking narcotics. Stafford and Cureton were involved in the distribution of heroin from 2003 through 2015.  Cureton was a major supplier of heroin to members of the Grape Street Crips at the James Baxter Terrace housing complex from 2003 until Baxter Terrace was demolished in 2009. Stafford distributed both heroin and cocaine at Baxter Terrace.

After Baxter Terrace was torn down, Cureton and Stafford continued to distribute heroin.  On November 12, 2013, agents with the DEA searched one of Cureton’s heroin mills, seizing more than a kilogram of heroin, cutting agents, and packaging material. In 2014, Cureton and Stafford sold to DEA confidential informants nearly $20,000 worth of heroin in separate transactions.

Both men now face life in prison if convicted.