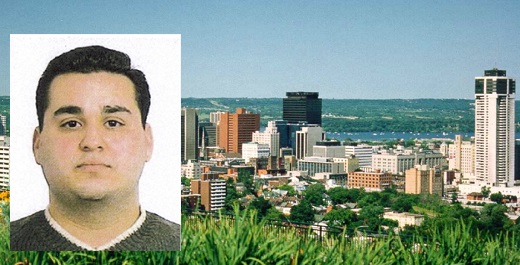 Police describe the suspect to CBC as “a heavy-set male wearing a dark tuque, black jacket, beige pants who was driving a dark-colored four-door sedan.”

James Dubro, a longtime crime reporter and author of several books about organized crime in Ontario, is far from surprised by the hit. “Pat and Ang have always been violent and over the top so Ang's murder has been for some time not a question of ‘why’ or ‘how’ but ‘when,’” he tells Gangsters Inc. “The same goes for his brother Pat. They have too many enemies. Too many hits ordered by them.” 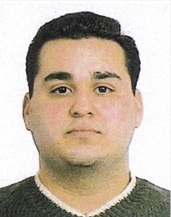 Angelo Musitano (right) is a well-known figure in the Hamilton underworld. As son of Mafia boss Domenic Musitano, Angelo and his older brother Pasquale “Pat” Musitano quickly gravitated toward “the life.”

Hamilton was a city ruled by various Mafia factions all seeking a piece of the pie, but preferably the entire pie. Violent clashes occurred frequently and the Musitanos never backed down from a fight.

After the death of their father in 1995, Angelo and Pasquale stepped up and took over the day-to-day operations. They also fought a war against Johnny “Pops” Papalia, the city’s most dominant mob boss, resulting in Papalia’s murder in 1997 by the hands of hitman Kenny Murdock, who was allegedly hired by the Musitano brothers.

Prosecutors tried to pin the contract murder on Angelo and Pasquale, but eventually settled for lesser charges related to another gangland murder. The Musitanos admitted their involvement in the 1997 murder of Papalia henchman and Niagara Falls mob boss Carmen Barillaro. Both received a 10-year sentence and were released from prison in the winter of 2006.

Since his release, Angelo Musitano kept a low profile, news reports indicate. According to a good friend of Angelo, the mobster had said farewell to the Mafia. “Ang had left his past behind him,” Mike King told the Hamilton Spectator. “Ang would stand up for what's right for everyone. He was a devoted father and was devoted in his faith. He was a good person.”

King and Musitano met a few years ago at a Christian men's group. He told the Hamilton newspaper that Musitano loved his wife dearly and was living a clean life, running a legitimate business. “He loved the Lord,” King said. “He changed his life for the Lord.”

He backed up his story by sending the Hamilton Spectator excerpts of a book Musitano was writing about his life. In it, Musitano detailed how he chose the wrong path and when he eventually found the lord and got back on track.

Whether he genuinely left his life of crime behind or if he was still involved remains to be seen. For a man like Musitano, however, just having the criminal history can be enough to end your life in the blink of an eye. As the Mafia is an organization with a very long memory, it wouldn’t be unlikely that Musitano’s murder is a case of vengeance.

“Pat and Angelo were big targets since they had Papalia killed," Dubro explains. "Angie actually went along with the hitman to kill Barillaro - Kenny Murdock said ‘Ang was keen to doing it himself,’ but he had him stay in the car as watcher as Murdock did it in the doorway. Pat and Ang talked about putting on many other [murder] contracts. They were as I said a big target since getting out of jail in 2007 particularly from former Papalia crime family members, as well as Barillaro’s personal and criminal network.”