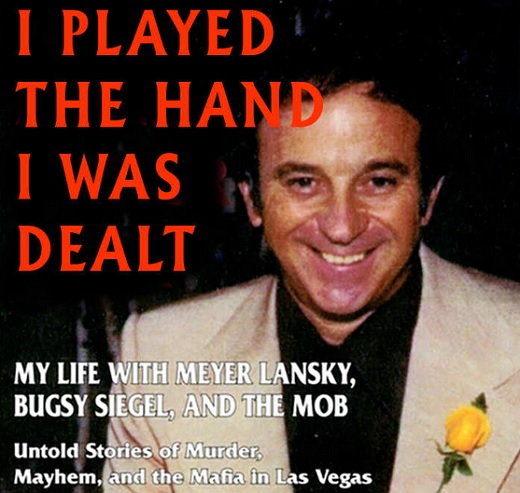 It’s been a while, but Bernie Sindler vividly remembers the day he met infamous mob boss Meyer Lansky. It was a chance encounter that changed his life. Though never a member of the crime family, Sindler considered Lansky like a father and became close to him and all his mob friends, including the notorious “Bugsy” Siegel.

On July 22 at 1 p.m., Sindler will share behind-the-scenes stories of working for Siegel at the fledgling Flamingo Hotel and share revealing and personal tales of famous and infamous characters such as Lansky, Johnny Rosselli, Charles “Lucky” Luciano, Moe Dalitz, Virginia Hill, and Frank Sinatra at the Mob Museum in Las Vegas.

Sindler was associated with many notorious Mafia and Chicago Outfit members as a partner in their Las Vegas operations, and also as a close friend and associate. His status and knowledge as an insider intimately familiar with their operations and lives, made Sindler privy to much of the murder and mayhem in the early days of Las Vegas.

So much so that he decided to write a book about his life. The Bernie Sindler Story: My Life with Meyer Lansky, Bugsy Siegel, and the Mob was released in 2015. After his talk and presentation, he will sign copies of his book.

Sindler, now in his nineties, is the last living link to the old mob bosses in Vegas and the gangsters made famous over the years through movies and books. He is also one of the few men who knows the real stories behind notorious events in Las Vegas history.

Entrance is free for Museum Members or with Museum admission.