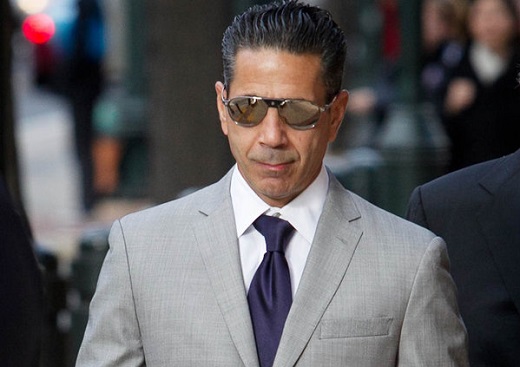 Updated on September 8, 2016 - The Pennsylvania gaming control board has banned Philadelphia mob boss Joseph Merlino from its casinos. “When Merlino visited Harrah's Casino in Chester […] he was met on the casino floor by agents of the Pennsylvania gaming control board, who wanted to serve him with a document but Merlino refused and promptly left the casino,” Fox 29 News’ Dave Schratweiser reported earlier. Yesterday, it became official when the Pennsylvania Gaming Control Board voted unanimously to ban Merlino from all casinos in the state.

Merlino is the first (former) mob boss to be banned from Pennsylvania casinos since they opened in 2006. In the grand scheme of things, however, Merlino is just the latest in a long list of organized crime figures to be banned from entering a gambling establishment. The Philly mob boss himself had already been placed on New Jersey’s exclusion list in 1984.

The practice of excluding mobsters, cheats, and undesirables from gambling establishments goes back to October 1960 when retired FBI agent Ray J. Abbaticchio Junior, chairman of the Las Vegas gaming control board, listed eleven notorious mobsters as barred from entering any premises where gambling occurred.

The original list included men like Chicago mob boss Sam “Mooney” Giancana and his underlings Marshall Caifano and Murray “The Camel” Humphreys, Kansas City mob bosses Carl and Nicholas Civella, and Louis Tom Dragna from Los Angeles. Casino owners were warned that if any of these men were found inside their establishments their licenses would be revoked.

Since those days several other gaming control boards keep similar exclusion lists, which frequently contain names connected to La Cosa Nostra. For instance, longtime Colombo crime family mobster Charles Joseph Panarella was placed in the Las Vegas “Black Book” in 1997. The New York gangster moved to Sin City, but could never set foot in any of its gambling palaces because of his criminal deeds. The exclusion order mentions the following regarding those illicit acts, “Panarella has an arrest record that dates back to 1940 with convictions for assault, burglary, extortion and possession of a loaded firearm. His last conviction came in 1994 for money laundering, where Nevada casinos were used to facilitate the crime.”

Joseph Merlino is not the only Philadelphia mobster to be banned from casinos either. The alleged current Philadelphia street boss, Joseph Ligambi, has been officially banned from New Jersey casinos since 2003. Fellow Philly wiseguys Martin A. Angelina, Dominic Grande, and Joseph C. Massimino are also banned.

These type of lists seem endless and – at times – pointless. As Joe Pesci’s character in the movie classic Casino said: “That black book's a joke. It's only got two names in it for the whole country. And one of them's still Al Capone.”

He’s got a point. Several names listed will never set foot in any casino ever again regardless of a ban. A guy like Gambino family capo Robert Bisaccia who died in 2008 and wouldn’t even be visible if he did manage to enter a casino floor.

The same can be said for men like Bonanno crime family boss Vincent Basciano and Lucchese family leader-turned-snitch Anthony Casso who are both spending the rest of their lives in prison.

Still, the reasoning behind these bans is sensible. Criminals can launder their ill-gotten monies using the games of chance. With their longstanding careers in loansharking and gambling, they also pose a threat to unknowing casino patrons, who might be seduced to take a gamble on the wild side.

In Macau, the Chinese Mafia, known as the Triads, have long had a presence at casino floors and VIP rooms. Gamblers can take out loans right next to the table where they place their bets. It’s service like only the mob can offer. Until it’s time to pay back what you owe them, of course. Then things can get pretty violent and uncomfortable.