Willie Bioff and George Browne were in a jubilant mood when they entered Club 100 in Chicago. The two men had just made $19,000 by extorting the biggest theatre chain in Chicago and were surprised at how easy it had been. Browne was business manager of Local 2, a stagehands union with 450 members. He had reached this position by beating the previous business manager with a lead pipe. Besides his union work Browne also extorted stores along Fulton Street.

This is where Browne met Willie Bioff, a.k.a. Willie the Pimp. At age five, Bioff had immigrated to the United States from Russia. Four years later Bioff was leading men to brothels, telling them that his “little sister was home alone.” Prostitution remained his main activity. After he got married, his wife helped him out by misleading teenage runaway girls to work for a Southside brothel. When the girls found out what kind of work they were supposed to do, they objected and tried to flee. But Bioff had no sympathy and threatened to throw acid in the girls’ faces. Girls that did try to escape, and were caught, received a beating or were tortured. One girl eventually managed to contact police and gave testimony against Bioff, who was subsequently sentenced to six months in prison for aggravated assault and battery. When Bioff (photo right) was released from prison, he started working for a union. He had a task that was very simple and easy for him: force people to join the union, and if they refuse: beat them up. As his violent reputation grew, he also started extorting shopkeepers on Fulton Street, right across from the shops that were extorted by Browne. Seeing how they were both very good at extortion, the two men joined forces.

As they were enjoying several drinks at Club 100, they loudly discussed their perfectly executed extortion scheme. They had used their stagehands’ union to extort $19,000 dollars from theatre chain Balaban & Katz. Balaban & Katz had cut its stagehands’ wages by 25 percent in 1929, with the promise that the wages would be restored. But by 1933 this still had not happened. This prompted Bioff and Browne to pay Balaban & Katz president Barney Balaban a visit and ask him to restore the wages. Balaban refused, but later met Browne and offered him a yearly pay-off of $7200 if they would forget about their wage demands. Browne accepted, but when he later told Bioff he did not get the response he had hoped for. Bioff felt they could’ve made a lot more money. And he was right. After sabotaging screenings at every Balaban & Katz theatre, the owners caved in to the pressure and decided to pay Bioff and Browne $20,000 ($1,000 would go to Balaban’s lawyer).

Enjoying their newfound wealth at the bar, the two men ordered bottle after bottle of booze. As Bioff and Browne drank more, they started talking more enthusiastic and louder. What they did not know, was that Club 100 was owned by mobster Nick Circella, who happened to be a cousin of Outfit boss Al Capone. Circella immediately called Capone’s successor Frank Nitti, and within a matter of days the lives of Bioff and Browne would change forever.

When Frank Nitti (photo left) heard about the extortion scheme, he immediately saw its potential. The movie business was the fourth-largest industry in the US, and could make the mob millions. A few days later Browne and Bioff were invited to the house of a Chicago gangster who happened to live next door to Nitti. During this meeting, Nitti, backed by Chicago Outfit Outfit mobsters Paul Ricca, Charlie Fischetti, and Jewish boss “Lepke” Buchalter from New York, was very clear: We know about your racket and we are taking over. But Nitti was a businessman and decided to keep Browne and Bioff involved. Thanks to mob influence Brown was elected as head of the IATSE: The International Alliance of Theatrical Stage Employees. With Browne in place the mob would be able to extort every movie theatre chain in the United States.

During the 1930s there were five major studios that not only made movies, but also distributed them through their own theatre chains. Since the mob controlled the unions it could sabotage screenings by causing strikes, or, if that didn’t work, setting fires in theatres throughout the US, causing the studios major losses. The mob now had Hollywood in a choke hold.

The first theatre owner to pay up was Leslie Thompson, the chairman of RKO. After Browne and Bioff organized a massive strike of IATSE members in New York he paid a total of $87,000 for labor peace. The next studio head to pay was Nicholas Schenck of Loew’s Corporation. He made a deal with the mobsters to pay $150,000 in return for a seven-year no-strike guarantee. Though it seems as though these studios were pure victims, it was a much more complicated case. The studios were paying the mob a big fee for labor peace, but still a lot less than what they would’ve had to pay if workers had demanded a salary increase. So Nicholas Schenck didn’t worry about paying the extortion fee, he did worry about how it would look if they caved in too fast. The Chicago Outfit and George Browne then offered to call a fake strike. Schenck would eventually give the IATSE total control over the studio’s workforce, making sure that the mob would see to it that no worker would get any pay increase.

But the studios had trusted the wrong men. It wasn’t long before Browne and Bioff knocked on the doors of studio bosses demanding more money. In April 1936 George Browne, Willie Bioff, and Nick Circella went to see Nicholas Schenck and told him they wanted “two million dollars out of the motion picture industry.” When Schenck told them there was no way he could get two million, the gangsters told the studio boss they would settle for one million. A payment schedule was made where Fox, Warner Bros, MGM, and Paramount would each pay $50,000 a year, and RKO and Colombia would pay $25,000 a year. The mobsters were milking their cash cow for all she was worth.

Willie Bioff enjoyed the fruits of his labor. He bought an 80-acre estate in the Los Angeles suburb of Woodland Hills. But he didn’t know how to pay for it without raising suspicion with the IRS. So he asked Joseph Schenck to launder $100,000 for him. Schenck did as he was told and made out a Fox Company cheque for $100,000 to Bioff. Bioff didn’t know it, but his attempt to avoid law enforcement scrutiny would eventually bring down the lucrative racket.

In 1939 Bioff was attempting to take over the actors’ union Screen Actors Guild. But its president Robert Montgomery was not intimidated and managed to start an IRS investigation into Bioff’s business interests. The IRS soon discovered the $100,000 cheque from Fox studios and questioned Joseph Schenck about it. While under oath, he told them it was a loan and had nothing to do with money laundering. With Bioff’s criminal past and present it was hard for authorities to believe the movie mogul. In June 1940 he was indicted for perjury and tax fraud. When he was found guilty and sentenced to three years in prison, he found out that he would also be stripped of his US citizenship and would be deported after his release from prison. It was too much for the mighty studio head, and he decided to testify against the true masterminds behind the fraud: Willie Bioff, George Brown, and Nick Circella. All three were found guilty and it looked like all three would go to prison without a peep. 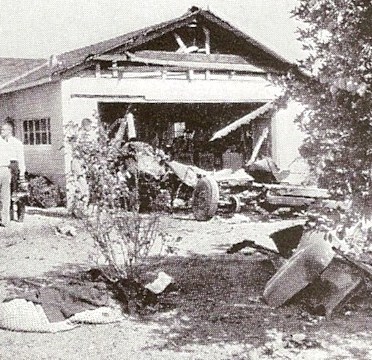 But when Bioff and Browne heard that their families were being threatened by Outfit gangsters so as to keep the two men in line, they decided to become witnesses for the government. Their testimony led to the indictment of a string of Chicago mobsters, including bosses Frank Nitti and Paul Ricca. Nitti would commit suicide before the trial started. When the trial ended all mobsters were found guilty, and were each sentenced to ten years in prison.

George Browne and Willie Bioff received new identities and vanished from the underworld. With the Hollywood extortion racket disabled the mob continued its search for new riches. They found it in another town filled with dreams and glitter: Las Vegas. It was in this city where, eleven years after the guilty verdict against the Outfit bosses, Willie Bioff resurfaced. Casino boss Gus Greenbaum had hired Bioff, or, as he was now known, William Nelson, to keep the salaries of the casino entertainers down. Walking around Las Vegas in 1955 when you have ratted on several mob bosses is not a smart thing to do. And it wasn’t long before Bioff was recognized. On November 4, 1955 Willie Bioff got in his car which was parked in the driveway of his Phoenix home. When he turned the ignition, a bomb was detonated, causing a large explosion that destroyed both the car and Willie the Pimp (photo right). The mobsters had sent a message: they did not forget those who had betrayed them.