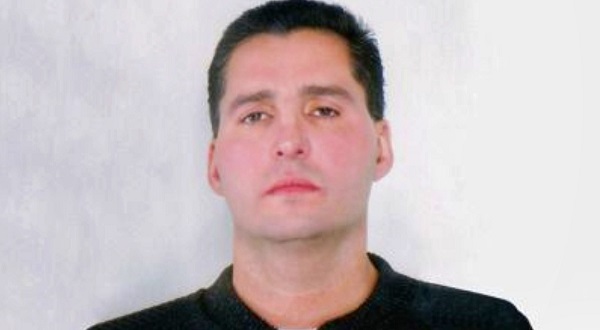 Every Mafia family has its go-to guy when it comes to violent acts. For New Jersey’s DeCavalcante crime family one of those men was Anthony Capo, a soldier with a hair-trigger temper who relished hurting people and making bones.

Capo (photo above) began using his “muscle” for the DeCavalcante family as an associate under capo Vincent Rotondo and would later fall under Vincent’s son Anthony. He was involved in gambling, extortion, loansharking, narcotics, fraud, armed robbery, and available whenever the bosses needed someone to “send a message”. He was convicted in 1985 for leaning on a debtor who had borrowed money from Vincent Rotondo.

During his criminal career, Capo acquired a reputation for being a wild kid. He would not hesitate to beat you up or shoot you where you stood. To emphasize this, he would frequently share stories about his violent exploits.

Like the time someone came to Capo’s bar to demand money he was owed. “I handled myself pretty well,” Capo was recorded saying. “I pat myself on the back. I hit him good. He gets up and goes: ‘I got our number and I got your number.’ He didn’t die, he didn’t die. I beat him, I cut him, I chopped him up so bad, then I stick him in the car. I called his brother. I said: ‘Here he is.’ He said: ‘Where’s my brother?’ I said: ‘Your brother is under the car.’ He said: ‘Who did this to him?’  I said: ‘I did this to him. This is why… ba, ba, ba.’” 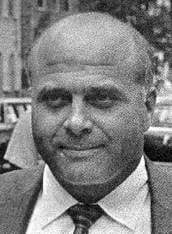 A favor for John Gotti

Many members of the DeCavalcante crime family were close to members of New York’s Gambino crime family. Capo for instance worked with powerful Gambino family associate Joseph Watts and was involved in his multi-million-dollar loansharking racket. John Riggi (right), the DeCavalcante family boss, was a good friend of John Gotti, boss of the Gambinos. It wasn’t so surprising then, that Gotti asked his friend in Jersey for a favor. He needed someone whacked.

That someone was Fred Weiss, a property developer from Staten Island who had earlier been an editor for the Staten Island Advance newspaper. Weiss had gotten involved in a mob-run illegal waste dump and after the whole racket was busted by authorities, the Mafia decided it did not trust Weiss with keeping his mouth shut.

The murder contract was handed to DeCavalcante family capo Anthony Rotondo, who, in turn, recruited Vincent Palermo, Jimmy Gallo, and Anthony Capo. With Capo behind the steering wheel of the getaway car, which was owned by his wife (Capo was at least smart enough to switch license plates), he could see how Palermo shot Weiss in the face. Killing him gangland style. 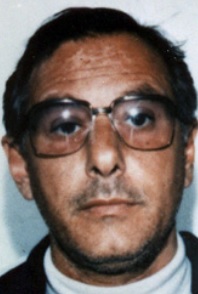 By 1991, the DeCavalcante family was run by John D’Amato (right), after Riggi was imprisoned on racketeering charges. D’Amato wasn’t a popular guy – he borrowed money and didn’t pay back. He wasn’t well liked by his underlings, but what were they gonna do?

The problem for D’Amato was that his girlfriend didn’t like him that much either. She began spreading a rumor that he was bisexual and had sex with men. This was an explosive accusation for the Mafiosi in his crime family. Being gay wasn’t something that was acceptable in the Mafia. As Capo himself said: “Nobody's going to respect us if we have a gay homosexual boss sitting down discussing La Cosa Nostra business.”

D’Amato’s underlings decided they would kill their boss. Capo was designated as the triggerman. Capo and another mobster picked up D’Amato and drove him to a garage in Brooklyn, using some bullshit story wiseguys always tell the person they are lulling into safety. Once they arrived, Capo shot D’Amato in the head. His body was put in the trunk of the car and disposed of later.

Still, after all this work, Capo was just a soldier, no matter what his last name might be. He remained one until December 2, 1999, when he was arrested on various racketeering and murder charges. Despite being one of the most feared men of the streets, Capo took little time deciding on his future. Instead of taking his chances in court and prison, he flipped and agreed to testify against his Mafia colleagues.

He then vanished into the Witness Protection Program together with his family. On January 23, 2012, at 52 years old, Capo died of a heart attack.