“I shook up the world!” - How Muhammad Ali took the heavyweight boxing championship belt from the Mafia 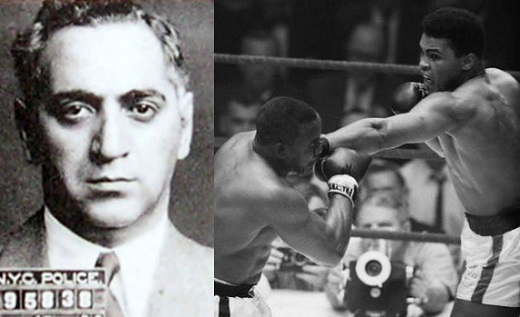 Heavyweight boxing champion Sonny Liston was a bad man. Both in and out of the ring he struck fear in men, even in the greatest fighter in history, Muhammad Ali. When the two men faced off for their title fight on February 25, 1964, Ali admitted, “I was scared… It frightened me, just knowing how hard he hit.”

Just like many of his opponents, however, fear was no match for Ali. He went into his corner and waited for the bad man to come at him. In the next six rounds the 22-year-old outclassed Liston in every aspect of the game. When the bell was to ring for the start of the seventh round, Liston did not get up from his stool and Ali was crowned the new heavyweight champion of the world.

It was the start of a new era. The beginning of a legend. “I'm the greatest!” Ali yelled out. “I shook up the world.”

He shook up the world, indeed. In more ways than many people realized at the time. This wasn’t just the end of Liston’s reign as champion. It also marked the end of the Italian Mafia’s control over the heavyweight belt. For years, they owned “a piece” of Liston and thus a big slice of his multi-million dollar earnings as champion of the world. 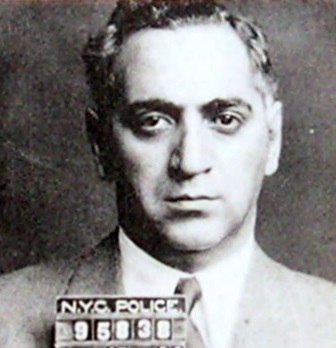 The main mobster behind Liston was Frankie Carbo, a feared hitman for Murder Inc. and member of the Lucchese crime family headed by Gaetano “Three-Finger Brown” Lucchese. After spending two decades as a murder machine for the mob, Carbo had enough and began focusing on a gentler racket: Boxing.

While the boxing world was inhabited by nothing but tough guys trained in the use of violence, they were no match for a menace like Carbo. Once he began managing fighters and fixing fights the world of boxing was never the same. Fighters, managers, and promoters all were threatened and beaten if they refused to play ball with the mob.

By the mid-1940s, Carbo (left) decided who won, who lost, who went down in which round, and - most importantly – who fought for the world championship belt. A Boxing legend like Jake LaMotta even took a dive in his 1947 bout against Billy Fox on orders of his mob “handler.” A few years later, Carbo got LaMotta a title fight.

The Mafia was always an expert in when to take away and when to give a little back. It went a long way in the eyes of the victims.

By the 1950s, politicians had enough of the rich hoodlums controlling virtually every aspect of American life. Investigative committees and taskforces were set up, the FBI ramped up its battle against organized crime, and slowly but surely some big names went down, including Frankie Carbo.

First they got him on managing fighters without a license – a charge that seemed surprisingly tame, much like murderous mob boss Al Capone going to prison for tax evasion. Carbo received two years behind bars. When he was released, he was subpoenaed to testify before a Senate committee investigating the influence of organized crime in boxing. Like any mobster worth his salt, Carbo pleaded the fifth amendment – a total of 25 times.

By 1961, the government had a strong enough case to bring him down for good. U.S. Attorney Robert “Bobby” Kennedy nailed Carbo on charges of conspiracy and extortion against boxing champion Don Jordan. After a lengthy trial, Carbo was found guilty and sentenced to 25 years in Alcatraz.

Due to ill health, the Mafia hitman-turned-boxing fixer was granted an early parole. He died in Florida in 1976.

When Muhammad Ali became the new heavyweight champion of the world it was the first time in a long time that the Italian Mafia held no control over the new “King.” Yet, though La Cosa Nostra may not have had a piece of this champion, another emerging powerful group had already rallied behind the budding superstar. Still known as Cassius Clay when he won the belt, this group renamed him Muhammad Ali a short time later.

This group, the Nation of Islam, fought for civil rights for African-Americans and saw Ali as the perfect posterchild. They, in turn, were of significant importance to Ali as well. 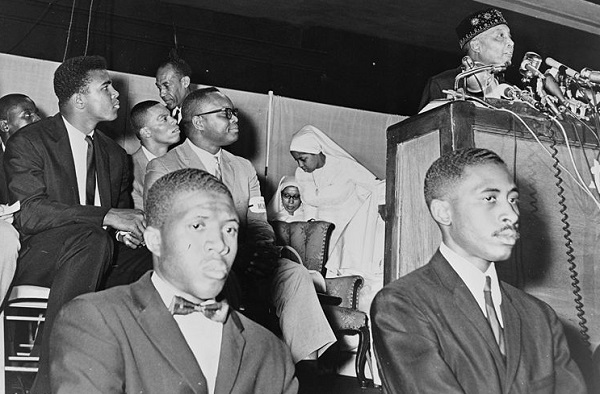 “Ali had seen how fighters before him had been sponsored, managed, and exploited by Mafia thugs,” David Remnick writes in The New Yorker. “He remembered from childhood how Joe Louis’s handlers gave him a set of rules to avoid alienating white America.”

Ali refused to go down like that. If he was going to become a boxing superstar he needed to do it his way. To achieve that, he needed a little help. The Nation of Islam provided Ali with the type of muscle he himself lacked. 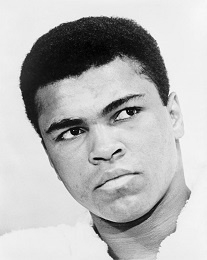 “Ali understood strength,” Dr. Ferdie Pacheco, Ali’s corner man and personal physician, explained. “Just like Sonny Liston understood the Mafia, Ali understood that you did not fuck with the [Black] Muslims. He liked their strength.”

Their strength saw to it that Ali was paid good money for all his fights. Many of the promoters who were used to skimming a bit off a fighter’s purse and divvying it up with the mob, now faced the wrath of the Nation of Islam if they tried pulling such a stunt with Ali.

But while joining the Nation  of Islam, Dr. Pacheco added, “[Ali] turned his head away from the fact that, especially in those early days, the nation was filled with a lot of ex-cons, violent people who would go after you if you crossed them.”

Indeed. Despite their noble cause, the Nation of Islam also enjoyed close links to many African-American gangsters and crime groups. One of Ali’s closest confidants, Jeremiah Shabazz, was minister of Mosque No. 12 of the Philadelphia Nation of Islam. This branch was “strongly connected with the crime syndicate known as the Black Mafia.” According to the Philadelphia Inquirer, “The mosque was […] reputed to be a center of criminal activity, with many of its leaders connected to murder, extortion, drug dealing, bank fraud and other crimes.”

Philadelphia’s Black Mafia quickly lived up to its nickname, becoming the equivalent of its Italian-American counterpart on the streets of Philly. Starting out as a crew of violent robbers and drug dealers, they expanded into other areas like gambling and prostitution. They also began taxing other criminals operating on their turf.

They achieved all this by partnering with the Nation of Islam, which by 1969 had around 10,000 Black Muslims operating in Philadelphia. “Faced with a turf war they would undoubtedly lose, the Black Mafia opted to become, in essence, the extortion arm of [Mosque No. 12],” author Sean Patrick Griffin writes in Black Brothers Inc.: The Violent Rise and Fall of Philadelphia’s Black Mafia. 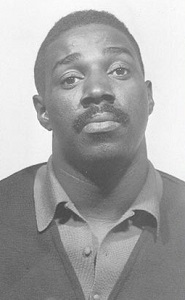 Black Mafia boss Samuel Christian (right) and several others had already joined the Nation of Islam, making the ‘merger’ between the two groups a mere formality, Griffin writes. This is evident especially considering the meteoric rise of some of the Black Mafia members after the partnership.

“Sam Christian was immediately made a captain in the Fruit of Islam [the Nation’s enforcement wing],” Griffin adds. “He would be responsible for sanctioning murders and other criminal acts, and reported directly to Jeremiah Shabazz.”

The Nation of Islam connected Philadelphia’s Black Mafia with gangsters in Chicago and vice versa. Drug lord Frank Matthews made sure every group was supplied with drugs – replacing the Italian Mafia as the main distributor. A portion of the profits of this drug empire went straight into the Nation of Islam’s coffers.

Law enforcement was left stunned. With the civil rights movement spreading across the country, unrest in many major cities growing, they had no clue how to deal with the Nation of Islam. The militant Black Muslims were different. Though it was obvious the they had many prominent gangsters within their ranks, it was difficult to go after them because of their membership in the Nation.

Finding witnesses was also next to impossible. Griffin: “Victims and witnesses generally would not testify against either group prior to the merger; now, the prospect of facing in court one of a 200-strong criminal super group of ‘hardened street soldiers’ was even more frightening.”

In 1975 Ali left the Nation of Islam and converted to mainstream Sunni Islam. He did so, he wrote in his autobiography, because of the death of Nation of Islam leader Elijah Muhammad.

Ali, the greatest boxer to ever put on a pair of gloves, was diagnosed with Parkinson’s disease in 1984 as a direct result of his boxing career. He died on June 3, 2016, at age 74.

Former heavyweight boxing champion Sonny Liston died at his Las Vegas home from an apparent heroin overdose on December 30, 1970. Though foul play was suspected, none was ever proven.