Is sentencing of Mafia boss the end of Genovese crime family’s Springfield crew? 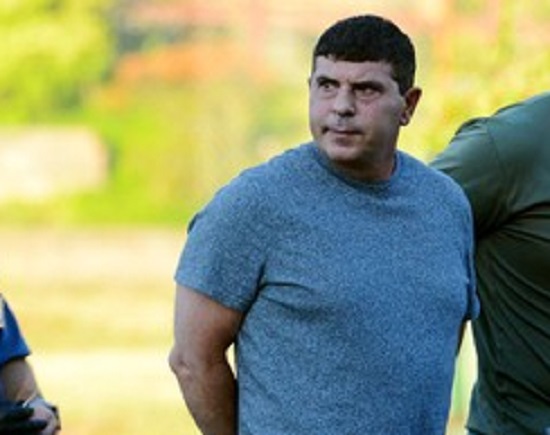 Is the conviction of the one-time mob leader and several of his close associates the final nail in the coffin of the Genovese crime family’s Springfield crew? Or will it be business as usual with new blood filling up the vacuum?

On Tuesday, 50-year-old Ralph Santaniello (photo above) and 54-year-old Giovanni Calabrese were handed sentences of 5 and 3 years in prison, respectively. Santaniello was considered the leader of the crew when he was indicted two years ago.

Both men were arrested and charged in August of 2016 along with 52-year-old Gerald Daniele, 62-year-old Francesco Depergola, and 51-year-old Richard Valentini. The three men were also part of the Springfield crew.

This crew belongs to New York’s Genovese crime family and is involved in various illegal dealings in Springfield, Massachusetts, including loansharking and extortion from legitimate and illegitimate businesses, such as illegal gambling businesses and the collection of unlawful debts.

To reach their goals, members used violence and exploited their relationship with the New York Mafia to scare victims into paying extortionate fees, prosecutors say. In 2013, for instance, Santaniello, Calabrese, Depergola and Valentini attempted to extort money from a Springfield businessman.

Santaniello assaulted the businessman, and he and Calabrese threatened to cut off the man’s head and bury his body if he did not comply. Over a period of two months, the victim paid $20,000 to Santaniello, Calabrese, Depergola and Valentini to protect himself and his business.

In addition, during a six-month period in 2015, Daniele extended two extortionate and usurious loans to an individual, and then, along with Santaniello and Calabrese, threatened the individual if he did not make payments on the loans.

In March 2018, Daniele was sentenced to two years in prison. In December 2017, Depergola pleaded guilty and Valentini was convicted by a federal jury; they are both scheduled to be sentenced on May 11, 2018. In November of 2017, Santaniello and Calabrese each pleaded guilty to extortion and loansharking for which they were sentenced this week.

So, is this the end for the Springfield crew? One is inclined to say yes. However, they have faced such difficult times before. Many of its leaders and members were sent to prison in 2011 following the gangland killing of their longtime captain Adolfo “Al” Bruno in 2003. Back then, we felt the end had arrived, but we were proven wrong.

Here we are again, asking that age-old question about the American Mafia and its various families and crews: Is it finished? Though these convictions are not helpful, La Cosa Nostra has proven to be a resilient organization. Is the Springfield crew able to recover from these two big busts within a decade? It may sound corny, but only time will tell.