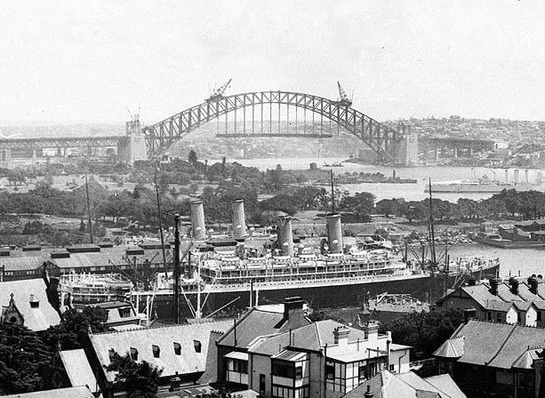 By Steven Ralph (He is a beginning writer and will be writing articles on a number of Italian-Australian crimes and criminals, whether overtly mafia related or simply ethnically Italian. Stay tuned for some good stories from the land down under.)

In his classic 1970 work The Criminal Brotherhoods, respected author David Leon Chandler cites information gleaned from Australian investigators in stating that during the 1930’s “three...mafia families (had) appeared in Australia”, claiming there were two Calabrian ‘families’ (centered in Sydney and Melbourne) and one Sicilian (centred in Perth). It’s likely that early investigators lumped together a number of Calabrian cells, wittingly or otherwise.

An important distinction is the difference between Italian-Australian criminals and actual mafia members. While the two are certainly not mutually exclusive, the fact that an organised criminal is of Italian extraction does not automatically make him a member of the mafia or of a mafia ‘family’ as such. Indeed, “Black Hand” was more the name given to the method itself, and Italian-Australian criminals are apparent in all strata of hierarchy. To muddy the waters, some Black Handers indeed belonged to certain N’Drangheta cells, though more sophisticated methods eventually became the norm for the true N’drina. But as Italian-Australians have distinguished themselves in all other fields and ventures, why not crime and criminality as well?

While D’Agostino was working his crude Black Hander rackets in Far North Queensland, the Thirties were roaring and dirty, and in the bustling south-eastern capital of Sydney, a vibrant rough-and-tumble criminal scene was raging. Before we discuss the otherwise more organised elements, there’s an interesting figure in a migrant son who became a force in the gangland milieu of the time.

Only perhaps Melbourne comes close in the history of Australian cities to a gangland story as notoriously dramatic as Sydney’s. Australia’s ‘first’ city, its reputation for crime, vice and corruption in the late 19th and early 20th century’s was legendary. By the early 20th century the inherent corruption had installed a criminal subculture that was rampant across the former colony, and the legendary gunmen of Sydney had begun the city’s grand tradition in standover and vice rackets.

When the Pistol Licensing Act was passed in 1927 it became illegal to be found in possession of an unlicensed firearm. Overnight Sydney’s local gangster types, loosely organised in their local “push” factions, became known as the notorious razor gangs, named for the easy availability and concealment of the blades they had begun to carry.

On hand easily from the local barber or general stores, and small enough to be easily palmed and hidden; also sharp enough to open up a man’s face from ear to mouth along the jawbone with a flick of the wrist. Between 1928 and 1935 there were over five hundred victims officially admitted to hospital suffering slashings, the peak years of the razor gangs. Considering the estimate that only one of every three slashings was officially reported, in reality the number is likely much higher.

Mt Druitt, Surrey Hills, Liverpool, Redfern, The Rocks, Woolloomooloo, Darlinghurst and central Sydney itself, gangs reminiscent of a modern street-gang mentality thrived, loosely structured and divided geographically with a bare semblance of hierarchy. Hard men came up in the hard city and the hardest rose to the top of the gangland heap with their fists and their ‘dash’, wits and ruthlessness.

Sly-grogging, prostitution and standover tactics were the staple rackets of the day, inherent with violence. A maelstrom of elements jockeyed for control of the rackets, and whole careers were launched off the extortion of vice entrepreneurs. A son of Neapolitan migrants born in Sydney in 1902 had carved himself a vicious reputation.

The biggest ‘organised’ gang powers in Sydney at the time were two women, each prostitutes, brothel owners and drug dealers; Kate Leigh and Tilly Devine. Between their respective factions roared a battle for control of the vice industry in 20’s/30’s era Sydney, a long running battle that was notorious at the time, and a staple of print media. 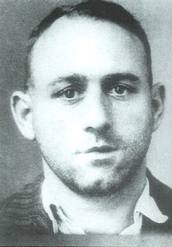 One of the more prominent figures affiliated with the Tilly Devine ‘faction’ was a well-known Sydney prostitute named Nellie Cameron. Married to Melbourne born dockworker, standover thug and gangster Norman Bruhn from when he moved to Sydney until his death, upon Bruhn’s death she would eventually marry Italian migrant and fellow standover thug and criminal, Guido Calletti (right).

Calletti commanded a fearsome reputation in his time. He was a prominent and powerful gangland figure from the suburb of Woolloomooloo, first picked up by the police at the age of nine. By the time he was dead, he had clocked up some sixty charges, including murder and various assaults. Acquitted of murder in 1929, on the 20th of March 1930 at the age of twenty-two, Calletti was arrested for assaulting police, ultimately serving a four month sentence.

Some three to four months after being released, he was convicted again of the same offence and labelled a habitual criminal. Also sentenced on criminal consorting charges, he later failed an appeal and would eventually serve two years. Upon his release in 1933 his reputation as a vicious brawler and cutthroat thug earned him his own prestigious position in the standover trade.

In a similar fashion to the infamous ‘Toe-Cutter Gangs’ a-la Chopper Reed and company of later decades, Calletti’s M.O was in the extortion of bookies, brothel owners and other petty criminals. Lest it be believed that there was any Robin Hood-esque ‘friendly-neighbourhood-gangster’ qualities inherent in Calletti, it should be pointed out that he kept all spoils between himself and his gang, and was feared by gangster and citizen alike for a vicious reputation. With his ill-gotten gains he fuelled an extravagant lifestyle, and was well known around the local hot spots of the Sydney of the Dirty Thirties.

Calletti was one of a number of contemporaneous mobsters and gunmen that would sue newspapers for libel, being awarded “a farthing” in 1934 for a newspapers libellous suggestion that he had only married a prostitute to avoid consorting laws.

Following the death of George Bruhn and their subsequent marriage, clashing with Nellie Cameron’s other prospective suitors seems to have taken up a fair amount of Calletti’s time. He spent years battling other thugs for Nellie’s favour, amongst them a former paramour of Tilly Devine’s, the notorious Frank Green, amongst the most feared gunmen in Sydney at the time. Despite his proposed devotion to Nellie however, Guido was often sighted around town with different young women, amongst them another well-known prostitute of the time Dulcie Markham, in later years named “The Kiss of Death Girl” by news media for the number of her former paramours that were shot down. As a man with so many enemies by his mid-thirties, he should have taken note of the ill-portents of her company.

In 1939, he decided to gate-crash a function at a Sydney pub with Dulcie on his arm. Barging his way in and helping himself to refreshments, he was shortly after confronted by a small group and began to argue. In the ensuing melee’, he was shot twice in the stomach by an unknown party. With a room full of potential witnesses no one came forward to identify the shooter, and when asked by police Calletti claimed to have no idea as to who had shot him. It had been suggested by researchers that this may not have been a case of omerta or criminal silence as such, but rather an admission that he himself was unaware of whom his assailant had been. He died from the gun-wound within hours.

A number of contemporary news articles link Calletti to the ubiquitous Black Hand, at the time a reference to suspected ‘mafia’ affiliation. With the retrospective hindsight available, it’s is well known today that in fact Black Hand was never an actual specific criminal group as such, rather a common method of extortion. In this context, it is entirely likely that Calletti was indeed a ‘Black Hander’, in that he intimidated and shook down victims in the name of a vague notion of protection, or less ambiguously straight up shaking down.

Essentially, he was well-known and widely feared as a thug and standover man, but there is scant evidence to link him to any actual mafia affiliation or figures beyond his ethnicity and some vague supposition in a small number of newspaper articles and being named as Sydney counterpart of the Black Hand cells that had popped up around Australia.

Part 1 of Steven Ralph's articles on Australian organized crime can be read by clicking here.