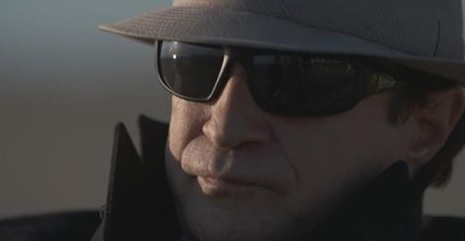 The code of silence is held in high regard by members of the ‘Ndrangheta. No one knows this more than Emilio di Giovine, a former boss who turned on the mob and became a witness for the government. “It’s dangerous for me, with the ‘Ndrangheta you are never safe.” Despite the dangers, he is eager to tell his story and shed light on the recent arrest of over 50 ‘Ndrangheta members in Italy, the Netherlands, and Canada.

“I can tell you everything about this organization. I have been with them since I was a little boy,” Di Giovine says to reporters of Dutch investigative news series Brandpunt. His mother and father were both involved in organized crime. The family evolved with the times, starting out smuggling cigarettes and moving on into drugs. Young Emilio was following in his parents’ footsteps. Though he would never become an official member of any particular Mafia group, his connections to Cosa Nostra, the Camorra, and the ‘Ndrangheta made him a powerful force within the Italian and, thus, European underworld.

“The ‘Ndrangheta started out like Robin Hood. In every village in Calabria, and also in the cities and mountains, you had a local boss. if people had a disagreement, we’re talking sixty years ago, they’d tell this boss what was wrong and they’d take chickens with them as a gift. Then the boss would decide what needed to happen. He settled the dispute. Like he was the police or a judge. That was the law of the mafia. If you didn’t listen you were killed.” 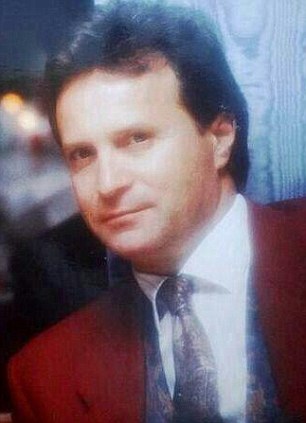 That was how it began, according to Giovine. But when the ‘Ndrangheta clans got involved in narcotics trafficking people ended up dead even if they did listen. “Drugs slowly but surely are killing the families,” Di Giovine (right) says. “A kilo of cocaine cost $1,000 dollars, in the beginning. It went on to be sold for $40,000 dollars in Italy. Just like that. You could make whatever you wanted. I shipped 5,000 kilos in a container in one time. We didn’t deal in a kilo here or there. That was for the amateurs, and they were always caught.”

The huge profits meant more people wanted in and everybody wanted a bigger piece of the pie. Di Giovine: “Between 1985 and 1991 there were 700 murders in the war between Calabrian clans. They went at it hard killing each other. I was personally involved in that war and sent bazookas and thousands of firearms to my family. Missiles. Everything. I was so involved that they wanted to kill me as well. I saved my family with my work. I had a fundamental role in that war. Because without food you can't live. Without gas you can’t drive your car. And without weapons you can’t win a war. You understand?”, he says in English.

In the world of organized crime death is always present. It’s something Mafiosi grow up with. They learn to accept and live with it. Then, they learn how to take lives themselves. Di Giovine was no different.

“I’ve killed people myself. I don’t like to talk about that,” he tells Brandpunt. “I have ordered men killed and I have killed men myself. I’ve paid for that. I’ve served 30 years in prison. I’ve paid my debt to society. Not just a couple of days in a cell but 30 years. I’ve done every year. I deserved those years behind bars for what I’ve done.”

Of those 30 years he spent 16 in a Portuguese prison. His organization operated throughout Italy and Europe, with bases in Belgium and Spain.

But as he says, at one point he felt he had paid his debt. He had paid enough. It was time others began paying their own debt: Emilio di Giovine decided to become a pentito, a government witness.

“I saw my lonesome daughter. She was small and her mother was in prison in 2000. Other relatives were in prison as well so no one could help her, capito? I couldn’t accept that. I thought about my son whose life was ruined as well. And I said to myself, 'While I’m being the indestructible Mafioso my kids are in the gutter.' I don’t want that. No way,” he says in English.

Now, he is an outcast. A rat. A snitch. He is a marked man for the rest of his life. During his absence from “the life,” the ‘Ndrangheta only grew more powerful. The indictment brought forward last month courtesy of Operation Acero-Krupy, a massive drug, guns, and money-laundering case in Italy aimed at “the ’Ndrangheta elite,” emphasizes that fact.

Over fifty members and associates of the Commisso, Aquino-Coluccio and Crupi clans were arrested in Italy, the Netherlands, and Canada. These ‘Ndrangheta clans are often referred to as “the Siderno Group” because of the proximity of their homes to Siderno, a village on the Ionian coast of Italy.

“I know these people,” Di Giovine says to the reporter from Brandpunt. “I’ve done time with one of them under 41bis [Italy’s hard prison regime reserved for high ranking Mafiosi]. The Commissos from Siderno are a very powerful and important family.”

Three members – all brothers, aged 42, 50, and 52 – of the Crupi clan were arrested in the Dutch city of Aalsmeer where they allegedly scammed the flower exchange and various flower distributors and transporters by ordering bulk loads via bogus companies which were dismantled after receiving the goods leaving distributors and transporters with bills that ranged from ten thousands to $2 million euros.

Authorities suspect the ‘Ndrangheta members used the flowers to hide drug shipments. Something Di Giovine says is correct. “They used the flowers to smuggle cocaine, other drugs. It’s a cover. I did that from Spain, with a shipment of fruit from Almeria with 4,000 kilo hashish hidden amongst the fruit.”

He makes no qualms about sharing his knowledge about the ‘Ndrangheta. “Without people like us they would never have arrested a single Mafioso.”

Asked if he worries about getting whacked, he seems resigned. “Sure there is a risk, but that risk already existed before. I killed people and ordered people killed so their relatives and family will want to kill me. That’s part of the game, but I hope it doesn’t happen," he says with a grin. "But the risk is always there and is something I will have to live with.”

You can watch the entire interview (in Dutch and Italian) at the website of Brandpunt.