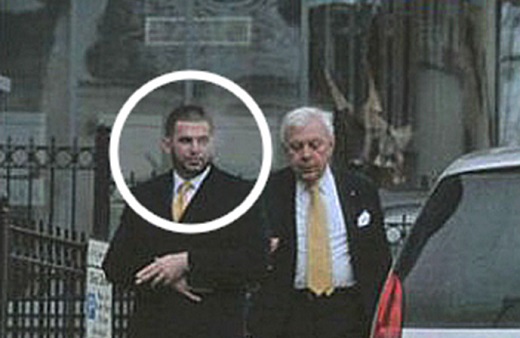 Police in Italy scored a nice bonus this week when they busted a Neapolitan Camorra clan and recovered two stolen paintings from Vincent van Gogh worth $100 million in the process. The paintings of the Dutch master had been stolen in Amsterdam in 2002 and were missing ever since. Beside the painting, authorities seized tens of millions in cash and property from the clan led by boss Raffaele Imperiale.

Imperiale’s mob operated on an international scale, involved in large scale cocaine trafficking and investing their ill-gotten gains in properties in Dubai, Spain, and the Isle of Man. Imperiale works closely with the Amato-Pagano clan in the infamous Scampia neighborhood in Naples, the place where much of the acclaimed movie and television series Gomorra is filmed.

His shrewd business sense and charming personality made Imperiale (photo above) the perfect leader of an international drug trafficking organization. He arranged trustworthy couriers and travelers, cultivated relationships from Venzuela to Peru and smuggled hundreds of kilos of cocaine to Camorra clans in Naples.

Being the smart businessmen that they are, Imperiale and his partners decided to invest a portion of their drug proceeds in two paintings of Dutch expressionist painter Vincent van Gogh. The paintings in question were: The Beach At Scheveningen During A Storm - made in 1882 - and Congregation Leaving The Reformed Church of Neunen – made between 1884 and 1885. These were not just some regular pieces either, these were highly valued at $100 million. Furthermore, they were hot! Hot, as in stolen.

Thieves had stolen the two masterpieces in a daring burglary in December of 2002, when they broke into the Vincent van Gogh Museum in Amsterdam. A Dutch court convicted two men, Octave D. and Henk B., of the crime and sentenced them to over 3 years in prison and a fine of €350,000 euro to the Dutch government, which officially owned the paintings.

At first, both men adamantly denied having anything to do with the crime and claimed to have been set up. A baseball cap and woolen hat containing DNA of the two men was found left behind at the museum after the burglary. Their lawyers claim that the true perpetrators planted these to throw investigators off their trail.

The next fourteen years, there was no sign of the two paintings. Until police busted Imperiale’s trafficking organization and managed to flip Mario Cerrone, one of his close associates, who told them about the hidden treasure and various other Camorra Mafia secrets.

Investigators found the two paintings in a safe in a house in the beautiful seaside town of Castellammare di Stabia, near Pompeii. They were wrapped in cloth with their frame removed. This was possibly done by the thieves to make smuggling of the pieces easier. An Italian expert told the media today that the paintings appeared in reasonably good condition.

Imperiale, meanwhile, is a fugitive hiding out in Dubai, where he stays at expensive villas and $1,500-a-night hotel rooms, enjoying the multi-million-dollar fruits of his illicit labor.

UPDATE March 22, 2017: One of the burglars later admitted his guilt and even told his side of the story on Dutch television to reporters of news show Brandpunt. The journalists also gave insight into how the paintings were eventually retrieved.

Imperiale had used the paintings as a bargaining chip to shave years off his prison sentence for narcotics trafficking. In a signed letter to Italian authorities, Imperiale admitted running a drug ring and gave the location of the stolen Van Goghs. In return his sentence (in absentia) was lowered from 20 years to 12. He continues to reside in Dubai as a fugitive.