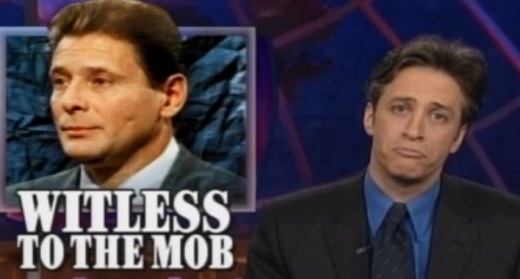 Whether you’re a flaming liberal or a staunch neocon, you have to appreciate Jon Stewart’s wit and humor. Especially when The Daily Show host takes on the Mafia. Born in New York City in the 1960s, Stewart has exhibited a fascination with all things Mafia since he began his career as a comedian and has frequently done mob bits on his show - that’s bits, not hits.

At Gangsters Inc. we can appreciate such humor. That is why, in light of Stewart’s departure from The Daily Show this year – he will be replaced by Trevor Noah, we have compiled a list of the best Mafia-related bits Stewart and his The Daily Show did on Comedy Central.

Click on the picture or link to view the video Jon Stewart and The Daily Show discover the location of Gambino crime family turncoat and former underboss Salvatore "Sammy the Bull" Gravano. Stewart does his best to give the Mafia directions to Gravano's home, but things don't go as planned as can be seen in the follow-up segment. 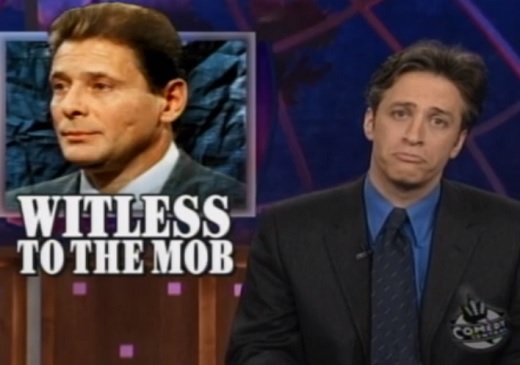 If being outed wasn't enough for turncoat Sammy the Bull Gravano, he was also busted for running a drug ring in Arizona. Jon Stewart breaks down his arrest as only he can, adding that as a result of running such a successful operation Gravano received the MacArthur Genius Grant. 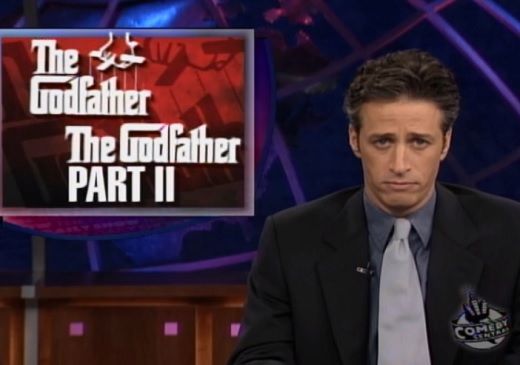 The Godfather Part 4 with Leonardo DiCaprio as a young Sonny Corleone? Jon Stewart ain't having it. Honk honk. 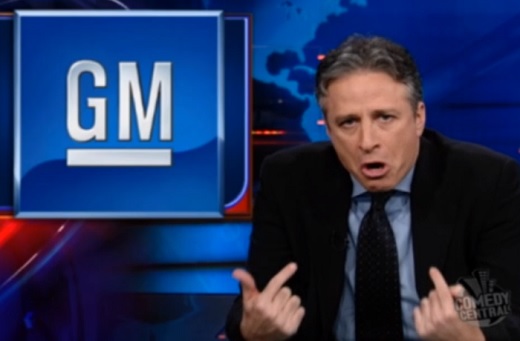 When Jon Stewart finds out the government bought Chrysler and General Motors with his tax dollars, he can't help but to go all Goodfellas on them. 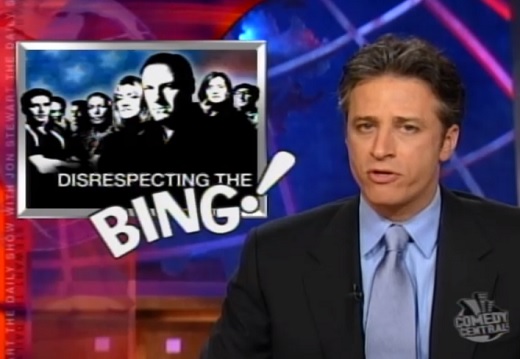 Representative Marge Roukema wants Congress to sign a resolution that will "criticize entertainment that portrays Italian Americans as gangsters." 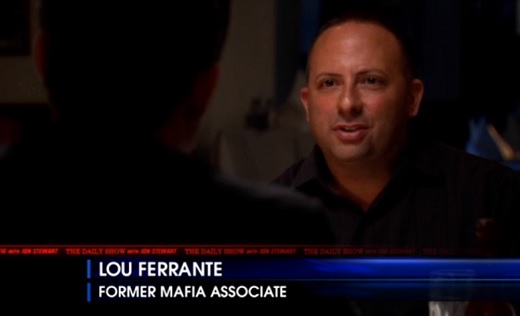 Daily Show correspondent Jason Jones also left the show this year. That is a big loss since he wasn't afraid to get his hands dirty. Here he can be seen cursing out a waiter while having dinner with former mob associate Lou Ferrante. Ferrante lectured Jones on the destructive consequences of government overregulation on the Mafia.